For those in the UK who might be interested in reading my book The Story of Santa Claus, it is currently selling for £0.99 on the UK Kindle store.

The sale has propelled the book to number 1 on Amazon UK’s Holidays & Celebration list, just edging out Thailand: Deadly Destination.

For those who missed my earlier post about the book, you can read more about it and see some photos of the book here.

It's now less than a month to Christmas, so if you haven't gotten Mom a present yet, perhaps a cute little book full of Christmas cheer?

Just a suggestion.
Posted by joe5mc at 07:02 No comments:

The Desolation of Smaug – Extended Edition 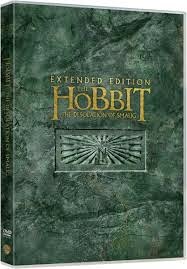 Last week, with the baby asleep, and Mom on her first night-out in five months, I got to sit down and watch the Extended Edition of The Desolation of Smaug that has been sitting on my shelf, taunting me with its unbroken shrink wrap.

For those who have seen the movie, but don’t want to invest either the time or the money in this edition, I thought I might briefly review the major differences.

Although there are lots of little bits in the EE which differ from the theatrical release, there are three that I would consider ‘important’.

The first of these is Gandalf’s introduction of the dwarves to Beorn. This is one of the real highlights of the book, but, much to my disappointment, didn’t appear in the movie. The EE edition includes the scene, although it sets it after the dwarves spend a night in the house. (Beorn only appearing the next morning). The scene is actually a great comedy piece, with the dwarves repeatedly mistaking Gandalf’s ‘signal’ and appearing before he is ready. Unfortunately, there is just something a bit off about Beorn in the scene. In a series that has constantly had to deal with making people appear different sizes, this seems to be the worst example. He just doesn’t quite seem ‘there’. Also, his acting isn’t quite as good as it is in the scenes included in the regular edition. Having watched the scene and somewhat enjoyed it, I actually agree with the decision to cut the scene from the regular release. There is also a short conversation between Beorn and Gandalf about Dol Guldur, which I think should have been left in as it gives a little more reason for Gandalf leaving the Dwarves at Mirkwood.

It is in Mirkwood where we get the second major extension, and the reinstatement of another lost piece of the book.  Basically, we get several more minutes of Thorin’s company wandering in the confusing woods, including the crossing of an enchanted stream with a collapsed bridge. During the crossing over some twisted vines, Bombur falls in the water and into an enchanted sleep, forcing the rest of the party to carry him. This scene adds nothing to the overall plot, but it is fun, is in the book, and makes Mirkwood feel more like the great wood that it is – they cross so quickly in the regular edition that it makes it seem like a very small forest.

The last, and biggest, change from the regular edition is the inclusion of a new character, Thrain, father of Thorin. Thrain is briefly seen in the flashbacks in the first movie. We actually get some new flashbacks right at the beginning of the EE when Gandalf is talking to Thorin in Bree. (This also includes Gandalf asking Thorin about Thrains ‘ring’ – nice to see Gandalf doing his job).  Later in the EE, when Gandalf is exploring the ruins of Dol Guldur, a crazy, emaciated version of Thrain attacks him. This is an odd scene, as for a moment, Gandalf feels hunted, only to be jumped by a really unthreatening old man. 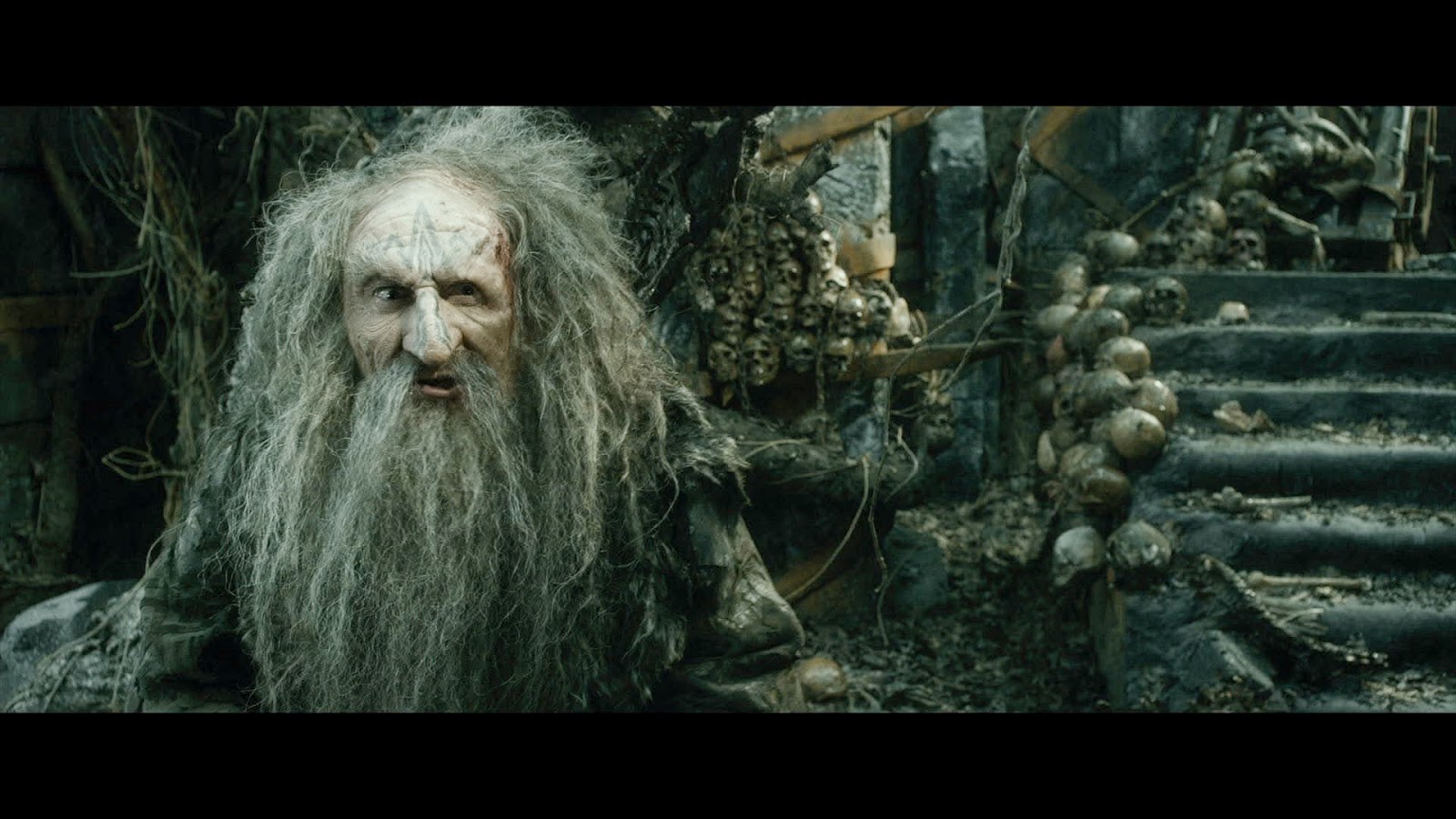 I think this scene is an attempt to work back in an element from the book – Gandalf meeting Thrain in the dungeons of Dol Guldur. However, in the book that event happens before the events of the Hobbit (though it is told later). Here it seems strangely out of place. In fact, it is so out of place, that the writers obviously didn’t know what to do with Thrain and have him quickly dispatched by the Necromancers for no particular reason. It’s all a bit strange really.

Peter Jackson and crew, however, must have realized the scene didn’t work and removed it. It is fascinating to see how they managed to completely remove the character from the scene. I think in some instances they must have digitally removed him from specific shots that made it into the final cut of the theatrical release.

So, all and all, while the EE is fun to watch, it probably isn’t as good of a film as the theatrical release, with only the Mirkwood scene and a few tiny bits of pieces that might have added to it.

Although The Hobbit: The Battle of the Five Armies isn't due out for another couple of weeks, Peter Jackson has already composed his goodbye to the fantastic world of Middle-Earth. In case you missed it, I've embedded it below. It's sung by Billy Boyd, who played Pippin in The Lord of the Rings and gave us one of the great moments in the trilogy when he sang his song to Denethor in The Return of the King.


It's a melancholy song, no doubt, but that is certainly fitting with Middle-Earth. In fact, I think many people will perhaps be surprised by how sad the final installment of The Hobbit is likely to be. Personally, I'm looking forward to it. While I've enjoyed the first two installments, I think they have lacked some of the real emotional moments that drove The Lord of The Rings forward.
Posted by joe5mc at 01:29 No comments: 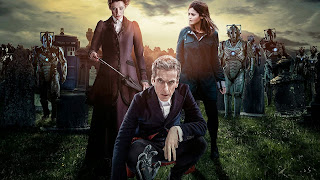 For those who haven’t seen the two-part, Doctor Who season-ending finale, I have just one spoiler – it’s garbage.

I mean it is really nonsensical trash.

I’d love to talk about the plot holes, but frankly, it’s more hole than plot.

Now, one might argue that Doctor Who has pretty much been nonsense for a while, and I think there is some truth to that. However, in the past, I was able to forgive a good bit of lack-logic because at least I enjoyed the ride. While Matt Smith was the Doctor, his episodes bounced along with a manic glee, led by a Doctor with a large heart.

While this episode moved along with the same speed, it proceeded by bouncing from one distasteful point to another, led by a Doctor who seemed annoyed to be caught up in the whole affair. If I wasn’t such a large fan of the series, I probably would have turned it off.

In many ways, this episode reminded me a lot of that other Steven Moffat led television series, Sherlock.  Even though I thought Sherlock was great television in many ways, in the end, I found I didn’t actually enjoy watching it. Instead, it just brought me down. In both instances, I feel like Steven Moffatt wants to write modern morality plays but can’t quite figure out the difference between right and wrong…

So, I fear I must join the growing ranks of fans who think it is time for Steven Moffat to step aside and give someone else a chance with Doctor Who.
Posted by joe5mc at 05:24 2 comments:

Nick at North Star Military Figures posted a couple of very interesting announcements on his company facebook page. Now, I can't say which game Nick is talking about, but I can say that I'm very excited about the news.  Here are the posts -

The last couple of months have been very exciting times behind the scenes at North Star. The next Osprey/ North Star project is a real Allied Forces affair, a combined effort from the hobbys best designers, Mike Owen, Mark Sims, Mark Copplestone, Nick Collier and Bob Naismith, bringing you quite a unique collection of figures for Osprey's 2015 game. We'll start to show the miniatures off soon, just so you know, this is one for the Fantasy gamers.

I announced earlier about how exciting the next Osprey project is for us at North Star as it is a fantastic collaboration between five great designers, all of whom are good chums of ours. What I didn't mention is that for the first time, we will be producing some of the range in plastic. And what I also didn't mention is that we are not just working alongside Osprey on this one, it is a true joint project, Osprey's first figure range. More details to come.