What I’m Working On 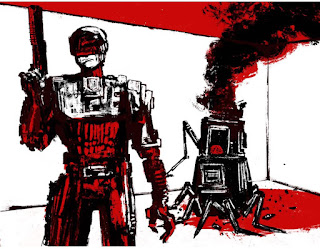 Okay, the truth is, I haven’t been working very much for the last three weeks. It’s the ‘Summer Holiday’ here, and I have been taking some time off to play with the kids, to read, to paint, to cycle, and to just generally recharge my batteries.

That said, there has still been a lot going on, and a few projects that are nearing completion.

Stargrave – The first supplement, Quarantine 37 is currently available for pre-order (with some special tokens if you get it from North Star). Meanwhile, I have finished writing the second supplement, The Last Prospector, and am working with Osprey to get it polished up. I have also started work on the third supplement, Hope Eternal, which is mainly going to be one, epic solo or co-operative campaign.

Frostgrave – December will see the release of the Blood Legacy, the second Frostgrave expansion since the launch of Second Edition. This book is basically an excuse for players to buy some awesome vampire and giant models! I’m really looking forward to the release of this one, as it’s got some really different kinds of scenarios in it. The last thing I did before I shut it down for the summer was to submit the manuscript for the book after that – Fireheart. This supplement is devoted to building weird constructs and playing with really strange and deadly terrain on the table.

(I am currently in discussion with Osprey about possible supplements for both games beyond what has been mentioned here.)

The Silver Bayonet – Of course, in November, I have a new game coming out, The Silver Bayonet. This is a skirmish, warband game set in a world of Napoleonic Gothic Horror. It uses a completely new system. It’s a little simpler, and a little less ‘swingy’ perhaps, than most of my other games, but hopefully gives everyone an excuse to paint up a few Napoleonics and a hobgoblin or two! It also includes several solo scenarios, so you can get started right away!

Spellcaster – It’s been a long time since I released an issue of my Frostgrave magazine, but hopefully it won’t be too much longer. I now have all of the pieces for Issue 7 turned over to the designer.

Rangers of Shadow Deep – The long-awaited Dungeons Dark, part 2 of The Rescue is now with the designer, so hopefully will be seen in the next few months. I have already started sketching out the final part, though it’s a long way off.

Other – I have been working on a mini-miniatures game that I’m planning on releasing in the next volume of Blaster (Volume 4). If you are unaware, this is a wargaming anthology series I’m a part of.  I don’t want to say much about the game yet, but it will be a full set of rules, allow you to use miniatures from literally any time-period, and uses a minimum of terrain. Watch this space! 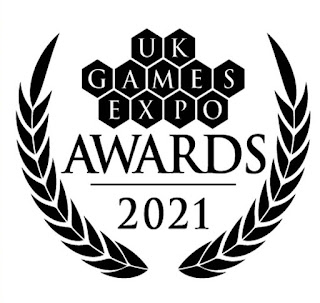 I am excited to learn that Stargrave has won both the Judge's Award and the People's Choice Award for Best Miniatures Rules at this year,s UK Games Expo!

Not only that, but the Stargrave miniatures also won both awards for Best Miniatures Range!

Many thanks to everyone who voted and everyone who has supported the game. Stargrave has only been out a short time, but the response has been tremendous!

Unfortunately, I wasn't able to attend the show this year, but I am already making my plans to be there next year.