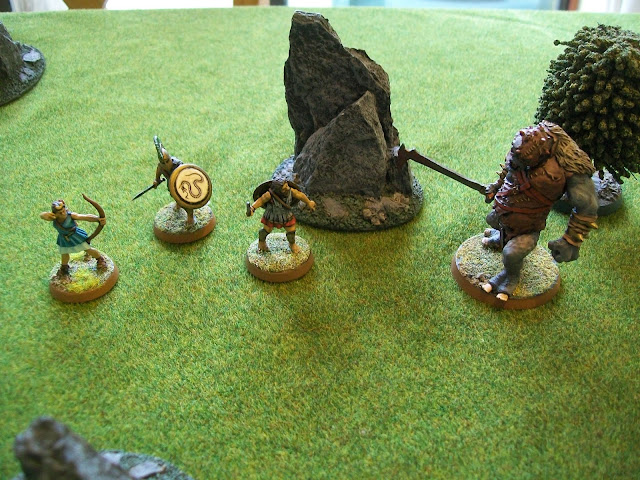 Hopefully there will be a bit of good news coming soon for fans of 'Warriors of Athena'.
Posted by joe5mc at 05:27 7 comments: 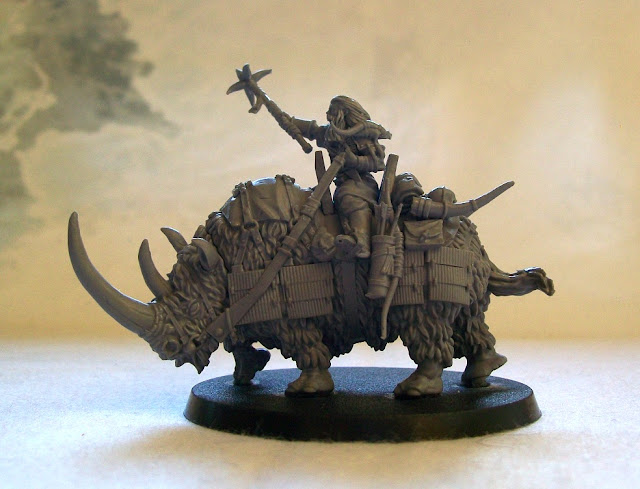 Last week I received an advance-casting of the newest Frostgrave miniature, and it is, by far, the largest model in the range. It is hoped that a limited number of these will be available for purchase at Salute, before the model goes on regular release later in the year. I don't have any details on pricing yet.

The miniature is cast in resin and came in about a dozen pieces, but thanks to the well thought-out design, all of the pieces fit together perfectly with no trouble at all. The model comes with a scenic base, but I prefer my minis on round bases. 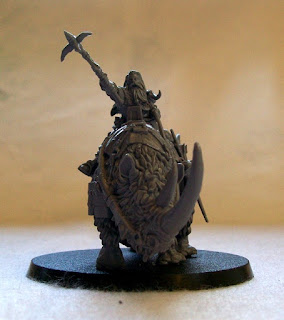 It's actually a fun little story how this miniature came to be. Back before I had written the first word of Forgotten Pacts, I had to turn in an 'artwork brief' for the cover. I knew I wanted barbarians looking down on part of the city, but then, for reasons I can't remember, I decided to have one of them riding a giant woolly rhinoceros. In retrospect, why would I not want a woolly rhinoceros.

Dmitry Burmak did his usual amazing job and took my vague brief and delivered another great cover, including a barbarian chief riding a super cool rhino. When the cover went live, it prompted a lot of comments and excitement that the supplement would include rules for mounted soldiers. I didn't want to disappoint people, but I had already decided that I was not going to include rules for mounts - partly because I don't think they generally belong in the Frozen City, but also because I haven't yet found a way to make such rules work (yet).

Instead, I decided I would work the guy on the cover into the book as a special character, and thus, Kornovik, the Barbarian Outcast was born. And there, I thought the matter would rest.

Then Nick Eyre over at North Star starts wondering if Kornovik should have his own miniature. Phil Smith at Osprey thinks he should. Nick spoke to Giorgio Bassani, who sculpted all of the Frostgrave barbarians for Forgotten Pacts. Giorgio said he would like to give it a try, but that he'd like to CAD sculpt it (for us Luddites, that basically means sculpt it on a computer). Since all of the previous figures in the range had been traditionally sculpted, no one was quite sure about this...

However, Giorgio went ahead and started, and it became clear, pretty early, that he both he and the computer program were up to the challenge. He had to make a few changes from the guy depicted on the cover. For one thing, he had to give him a bow, since I'd given Kornovik one in the rules. He also put him in a more battle-ready stance.

Now, I'm lucky enough to have one of the first Kornovik models in existence. I can't wait to get a paint brush on him! 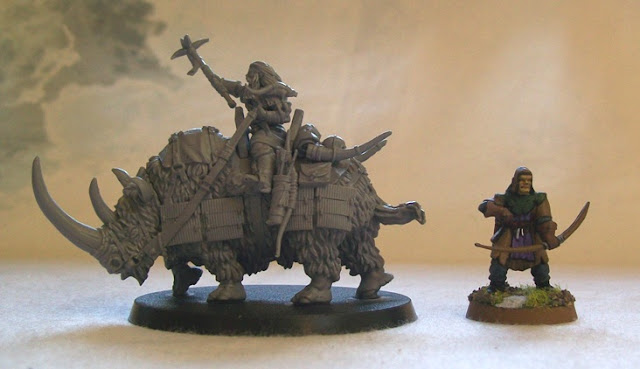 Just a Bit of Play-Test Fun 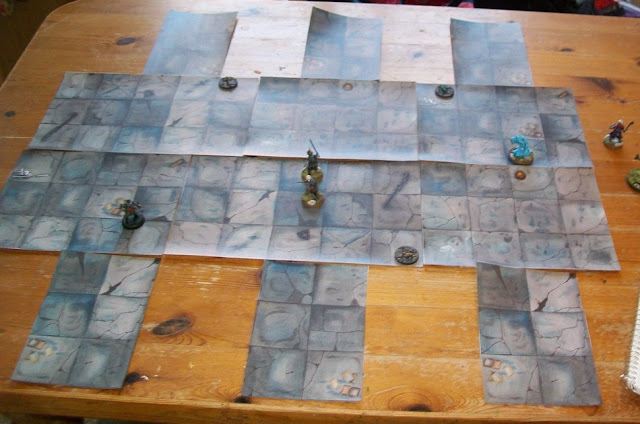 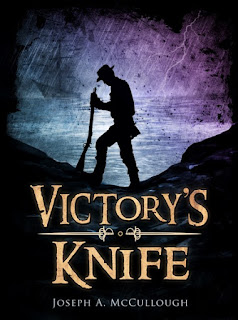 My fantasy, fiction anthology Victory's Knife is now available on Amazon as both a Kindle ebook and a print-on-demand paperback. (I have ordered a copy of the later, but have no seen it, so I can't comment on the printing quality yet).

If you are in the UK you can find it at these links:

For those ordering on Amazon.com you can find it here: