My best buddy from high school, Barrett Stanley, has just launched a kickstarter to print his own comic book, Heartbreak Quadrant. Barrett has spent years working on it, doing all of the writing, pencilling, inking, lettering, and colouring himself. He's done all of this while holding down a full-time job and being a father, which is no mean feat! So, if you think it is something that might interest you, take a look and maybe support his efforts.

For me, this is exactly the kind of project that kickstarter should be used to fund. 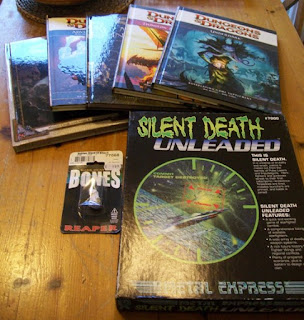