Spells in the World of Frostgrave 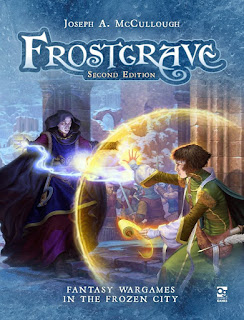 I am currently working on a Frostgrave supplement which contains a couple of new types of magic and their associated spells. These aren’t for wizards to learn, but the players will get the chance to try them out thanks to the scenarios. Now, I don’t want to say any more about that supplement at the moment, but it did get me thinking. Just how many spells exist in the world of Frostgrave?  So, I decided to find out!

Thaw of the Lich Lord

Into the Breeding Pits

Schools of the Pentangle (30)

The Maze of Malcor

For a grand total of 175 unique spells! (And, as I said, there are more on the way). Well, that should be enough for people to be having some fun with.

I think I have earned the title ‘Spellcrafter’! Especially since I have also written a bunch of spells for Rangers of Shadow Deep and Oathmark as well – though some of these overlap with the Frostgrave ones. 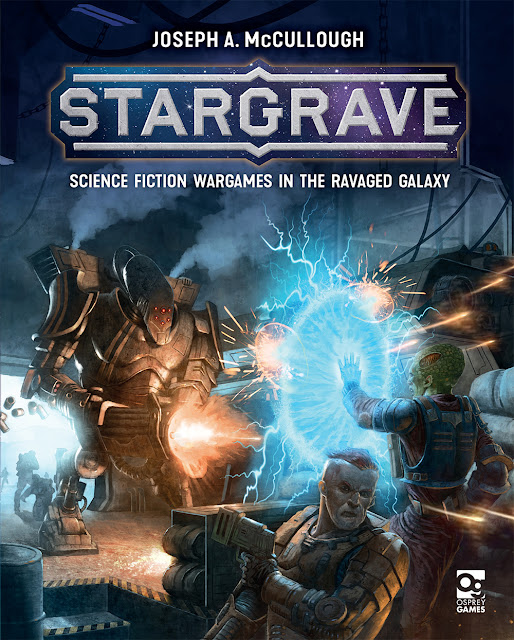 Well, it took a lot longer than I intended, but I have finally finished my Ghost Archipelago crew!
I used a real mix of ranges for the group: Ghost Archipelago (3), Reaper (2), Rangers of Shadow Deep, Frostgrave, Hero Forge, Lucid Eye, and Wargames Illustrated!
Since it looks like it might still be awhile before I can face them off against another crew, I might just have to set-up a solo adventure or two for them.  Also, I need to invest it a couple of small boats to help get them around the Lost Isles!
Posted by joe5mc at 03:27 10 comments: 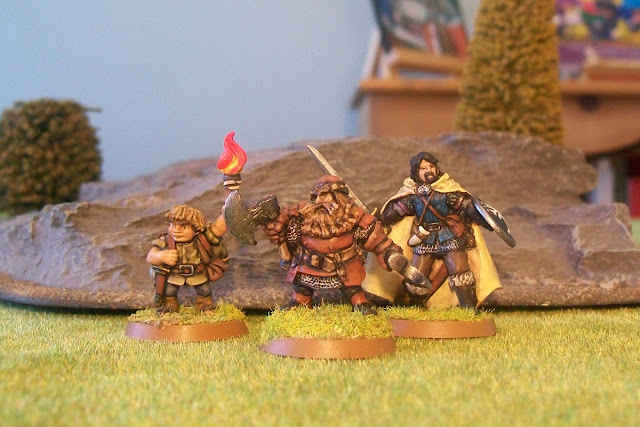 In truth, this isn’t quite the Gimli I wanted. I wanted a figure that was closer to the Angus McBride depiction – but, after much searching, I couldn’t find anything that worked for me. So, I just decided to go with a dwarf model I really liked, as long as it had an axe!

At first, I passed over this dwarf model, sculpted by Werner Klocke, because his heavy plate armour didn’t seem fitting. Then, it occurred to me that I could paint the metal as leather, and if I painted it as a kind of red leather, it would tie the figure closer to the film interpretation of Gimli.

All-and-all, I think it worked out pretty well. The painting process was a bit strange. I had a lot of fun painting the top half – lots of big detail – but the legs gave me all kinds of problems. For whatever reason, mostly my eyes I suspect, I just couldn’t see the detail on the legs that well. Thus, the legs aren’t painted a well as the rest of the figure. Still, they are not that easy to see most of the time either, so I’m not going to worry about it too much.

Size-wise, he’s a good mach. He stands just a bit taller than the Hobbits, but shorter than everyone else!

So, this brings me up to 8 members of the Fellowship and smack into a problem…  You see, my three Hobbits are all Bobby Jackson sculpts from Reaper.  I love them, but they have a very particular style that doesn’t really match well with other hobbit/Halfling figures out there. That would be fine, except to-date, Reaper have only released three of them! (Okay, there is also a Hobbit cook and a barmaid in a similar style, but that’s not really useful in this situation). So, I’m not sure what I’m going to do about it.  I'm not even sure if I'm missing Frodo or Pippin, as that will depend on whatever figure I end up with. Anyway, here are the 8 walkers so far! 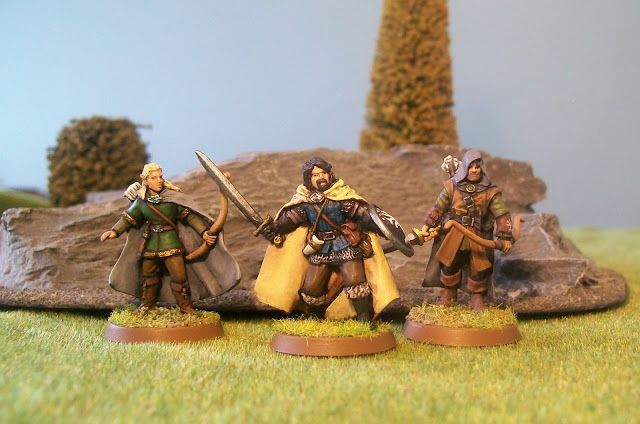 I’m pretty excited to show this one off. After a long delay on my Fellowship of the Ring progress, I have painted up my Boromir! It took me a long time to find a figure that came close enough to my personal vision of the character – most of which is based on the Angus McBride depiction from the cover the Middle-Earth Role-Play Rulebook.

The figure is a relatively old Reaper figure, sculpted by Sandra Garrity. Although Boromir is a great warrior, I wanted him dressed primarily in his travel clothes. I thought this figure fit the bill rather nicely and – bonus – he is wearing a horn. There were a few problems though. First off, I very much wanted my Boromir to have a shield. So, I cut and filed the off-hand dagger and replaced it with a shield. I also cut the figure off its integral base and mounted it on a GW base. 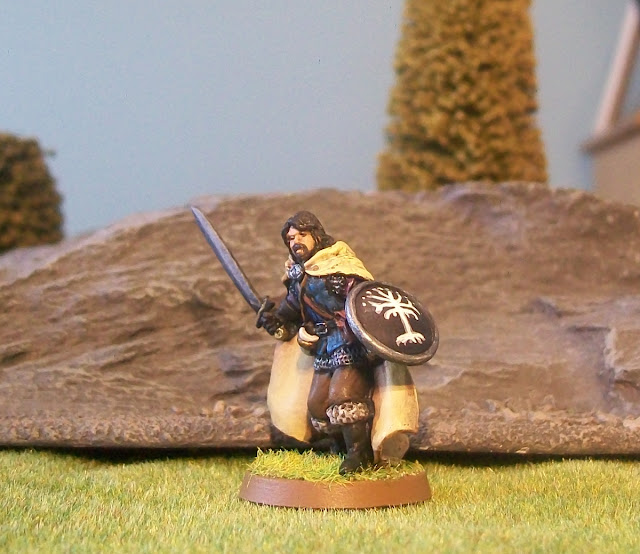 I was a bit concerned that the figure was too baby-faced. When I got round to painting him, I tried giving him the long mustache, as in the McBride, but that just didn’t work. So, drawing on the film, I gave him the full goatee. In another nod to the film depiction, I gave him purple sleeves with gold highlights – although they are hardly noticeable. Most of the rest of the colour choices go back to the McBride painting.

By far the hardest part of the paint job was the shield. If Boromir is going to carry a shield, it is hard to imagine it not having the white tree on it. I’m no expert when it comes to free-hand painting, but I think I managed well enough, at least for tabletop distance!

Painting the figure was slightly bitter-sweet as on the day I was painting it, I had originally been scheduled to go to the Royal Albert Hall to see The Fellowship of the Ring accompanied by the London Symphony Orchestra. I’d had tickets for over a year and was greatly looking forward to it. But, like so many things this year, it has been 'postponed indefinitely'.

Such is life at the moment. At least my little metal Fellowship continues. I’m now only missing Gimli and one Hobbit. 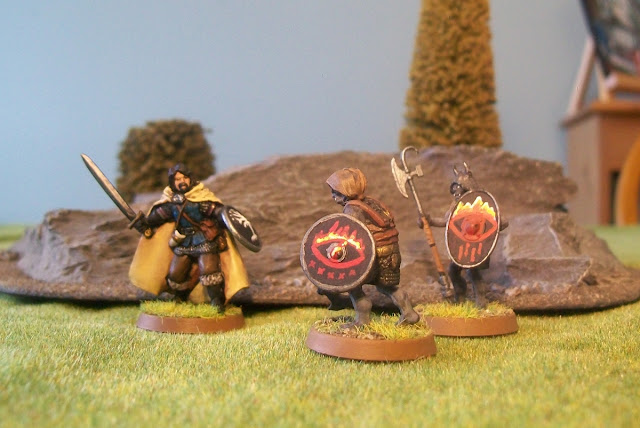 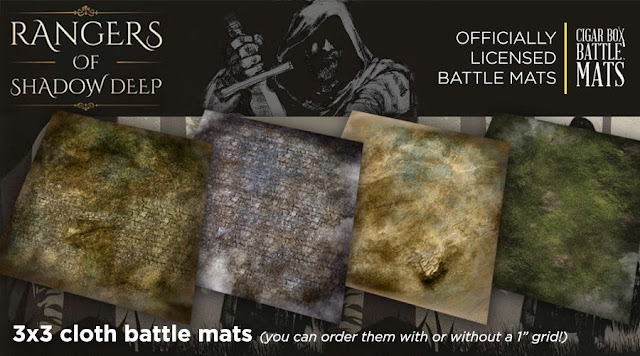 I'm really excited to announce that Cigar Box Battle is now producing official play mats for Rangers of Shadow Deep. As you can see in the image above, their are four types available, representing the different terrain types. You can even order them with, or without, 1" squares overlaid, as some people prefer squares for movement.

I've actually been using Cigar Box Battle Mats for several years now and have quite a collection. I love them for the high-quality of the graphics, the softness of the cloth material (seriously, they cushion your miniatures!), and how easily they can be folded up for storage.

In fact, the only downside to these mats is that they are so nice, my children occasionally swipe them to use as blankets! 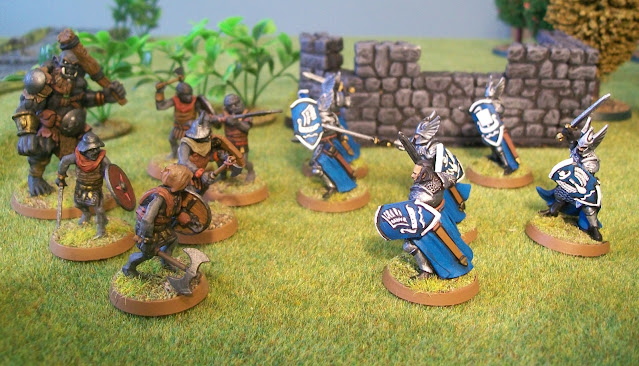 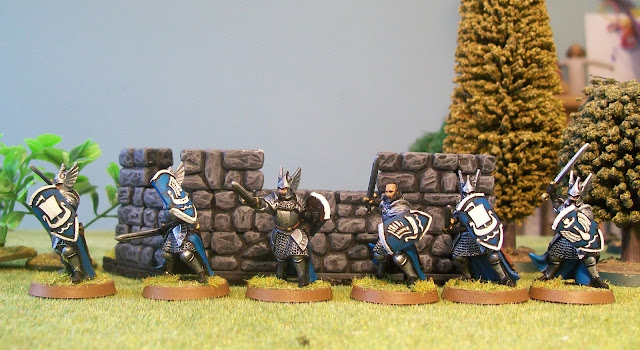