According to Osprey Publishing's: Zombies: A Hunter's Guide, the Civil War was one of the most necromantic wars in history. However, it wasn't only zombies that stalked those dark American nights...
October 31, 1862. Somewhere in Tennessee
A small encampment of Confederates bunks down for the night in the ruins of a burnt-out farmstead. ﻿ 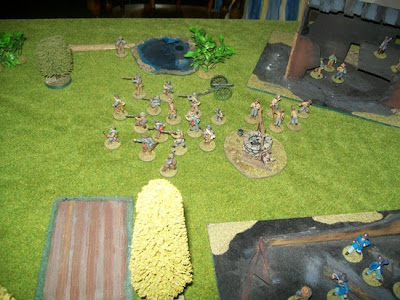 Along with the 30-odd Confederates were a group of 5 Union captives under guard.﻿ 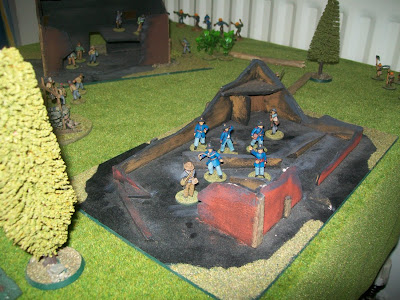 Unfortunately, in the darkness nearby, the evil Vegimancer was gathering his pumpkinheaded forces. 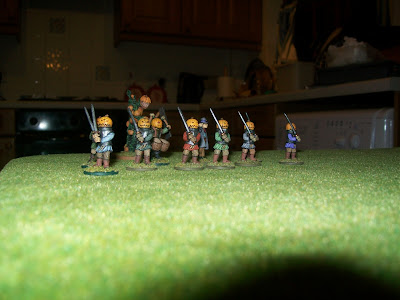 Leading his main attack group, the forces of the Vegimancer drove in the Confederate pickets and reached the baracade before the rebels could fully moblize.﻿  Still, the Confederates managed to form a makeshift firing line to meet the threat. 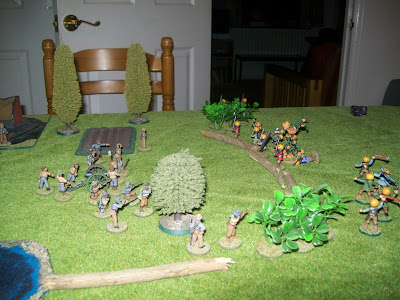 Meanwhile a smaller force of pumpkinheads attacked from the rear, lead by Col. Seed. 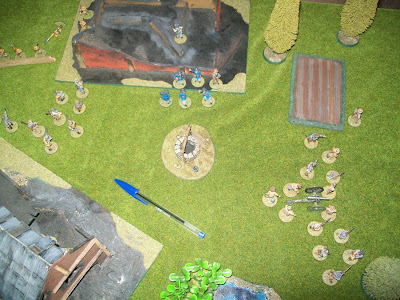 Confederates fight back against the rear attack. 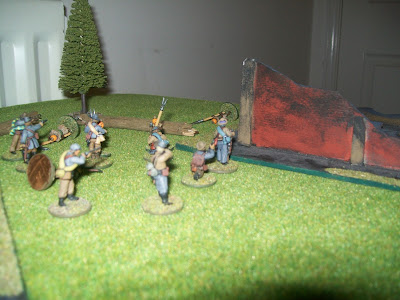 The Union prisoners flee, along with one of their guards, while the other is left to fight a pair of vicious little gourd heads. 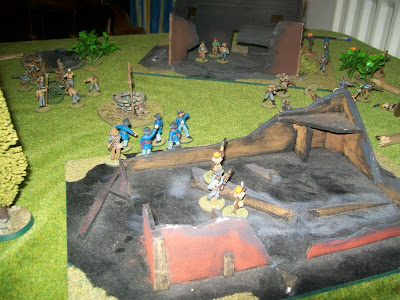 A shot of the whole table just after the initial Confedrate line is overrun. 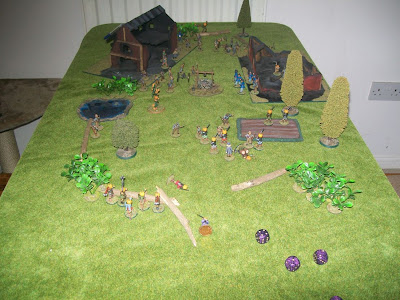 Rotpatch, the pumpkin patch golem, wades into the rebels weilding his rusty scythe. 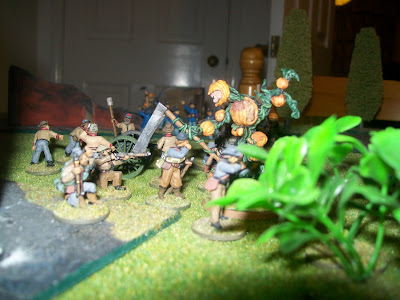 Confederate infantrymen desperately fight against Rotpatch, buying time for the artillery crew to load the cannon. Seconds later, the cannon would blast Rotpatch into a spray of orange pulp. 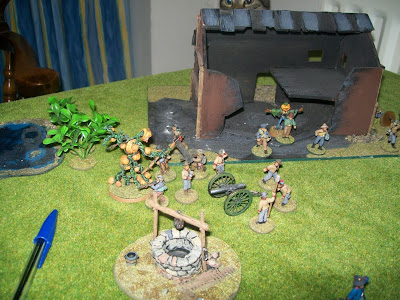 Desperate hand-to-hand fighting around the cannon as the main body of pumpkinheads reaches the Confederate second line. 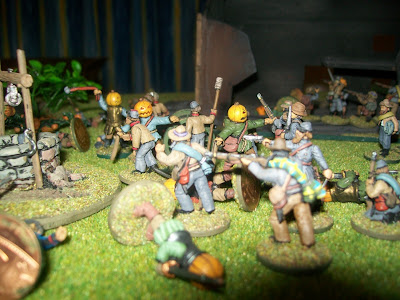 Thankfully, Confederate fire had taken down enough pumpkinheads that they were able to overwhelm the remaining gourds. 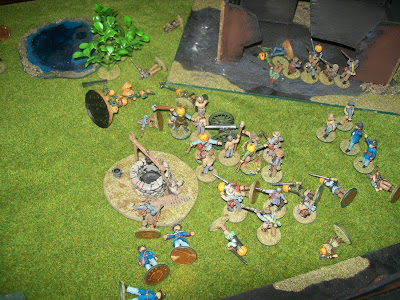 The humans were victorious, but the price was high. Only fourteen Confederates and two Union soldiers survived the night. 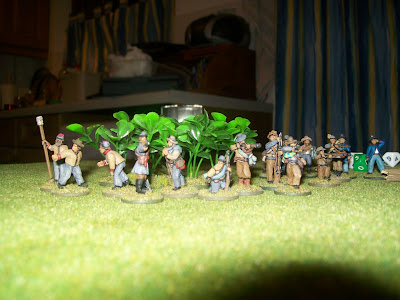 The horrors of the battlefield. 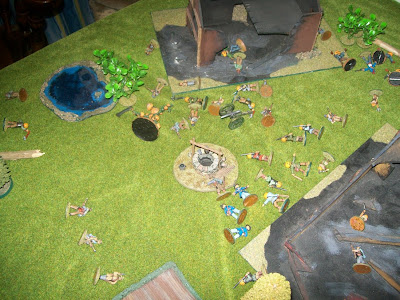 The Vegimancer disappears into the night, his forces defeated. 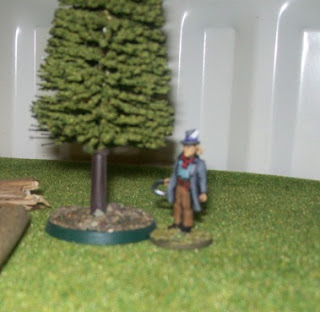 ﻿
A very fun little solo game that I was able to play between handing out candy on Halloween. I used a modified version of the Battlefield Evolution system, which works very well for these last-stand style games.
Posted by joe5mc at 13:06