A couple of years ago, I joined in the rush of miniature enthusiasm for 15mm science-fiction. As a scale, 15mm has a lot going for it. Compared to 28mm the miniatures are cheap, quick to paint, and you can easily field platoon and even company-sized forces on a table-top.  There are also a lot of good new rules sets that have come out in last couple of years that cater for the scale. 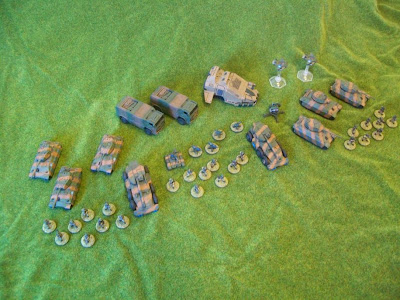 But in the end, the scale just wasn't for me.  These days I'm primarily a miniatures painter and painting 15mm figures just doesn't give me the same sense of satisfaction as 28mm. So, after a lot of thought, I've decided to sell-out of 15mm and focus on other projects.  To that end, I'm now offering my largest force up for sale.
﻿ 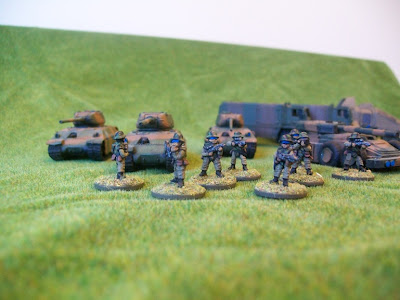 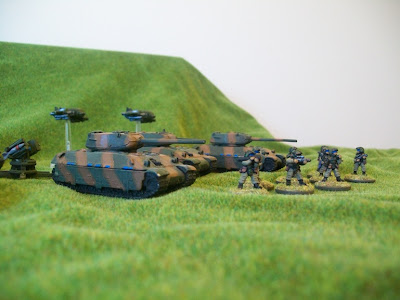 I'm asking for £100 plus shipping or nearest offer.  Let me know if you are interested.﻿ 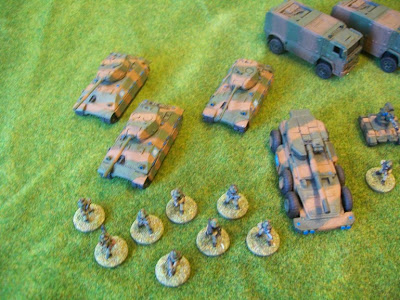 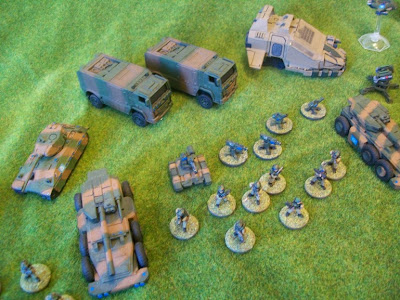 Miniatures are a mixture of GZG, Brigade, Battlefront, Games Workshop, and Matchbox. 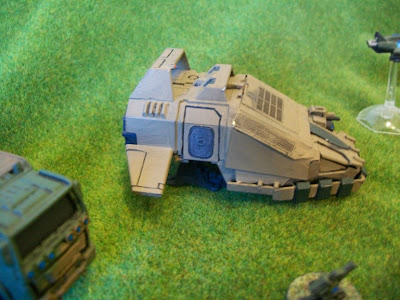 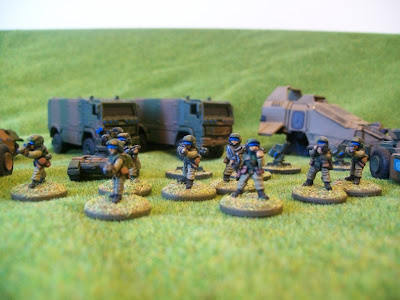