A solitary bell rang from a high white tower as dawn crept over the city of Dol Amroth. Down in the harbour, the long, sleek warship known as the Glaurung slowly rowed out to sea.  After the festivities of the night before, the city had slept late, and only a few, quiet folk had come down to see the ship off.

Once free of the harbour, the ship dropped its sail and used the gentle breeze to carry it slowly along the coast, past the numerous settlements that dotted the coastal road. Apparently word of the voyage had proceeded them, for hundreds of people lined the shores near these towns and villages, waving flags, blowing trumpets, and waving wildly to the adventuring heroes. Most of the voyagers paid little attention to the fanfare, but Darcarven often stepped upon the bow and waved his red scarf in appreciation.

That evening, after covering approximately 65 miles, the ship pulled into a quiet cove near the village of Yenth. Most of the crew went off to the village where warm beds were found for them. The next morning, the ship once again put out, running with the morning light. They passed more villages, though most of these were quiet. In the early afternoon, Nereth turned the ship away from the land, heading for the island of Tolfalas, which could just be glimpsed as a thin line along the horizon. 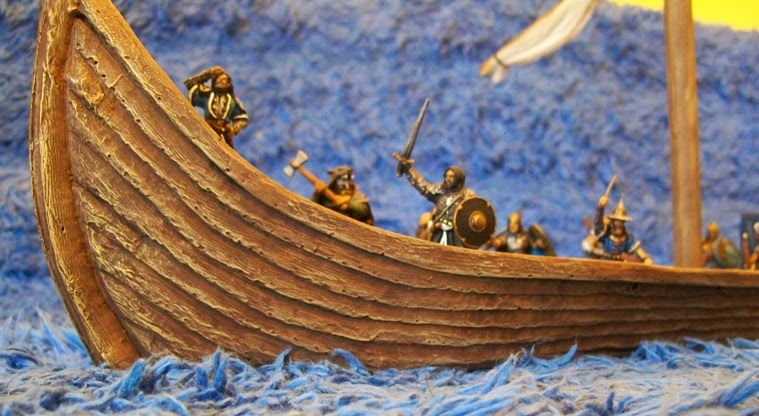 Luck was with the adventurers in their crossing, and the weather stayed fair, with a gentle breeze at their back. As late afternoon approached, they could see the harbour walls of Tolfalas, lined with guards and flapping banners. This was an island constantly under threat. Today, however, it was celebrating, for a beloved son was coming home. Althérion, the Sea Prince, and member of the crew of the Glaurung was the first to step ashore.

Once again the crew were invited to a great feast in their honour. More songs were sung and tales of valour told. Wine flowed freely, though most of the crew of the Glaurung drank sparingly. Rymond, who sat at the table next to Lady Valetha, watched intently the interaction between Althérion and his father and older brother.  ‘There will be trouble here one day,’ he said with a frown. Valetha turned her dark eyes to him, but said nothing. While the feast continued into the early hours, Breged made sure that all of his crew left in time to sleep well before the morning. 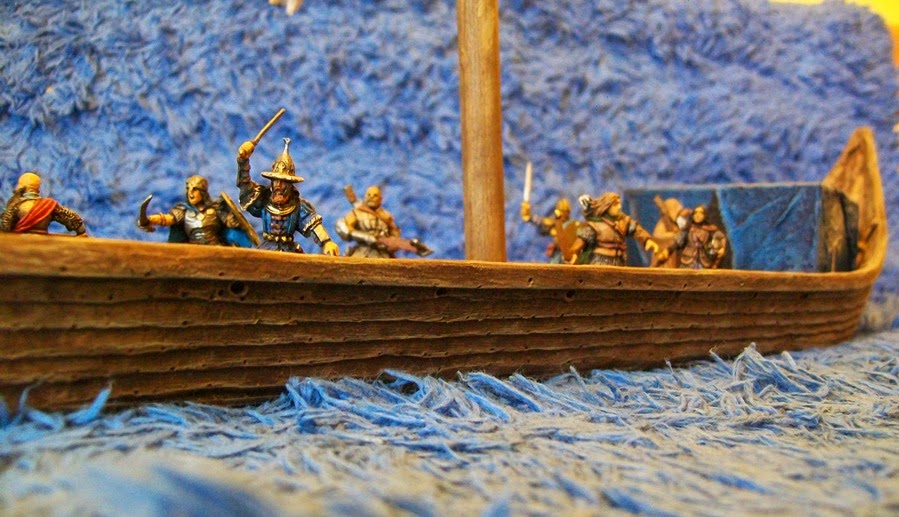 Over the next three days, the Glaurung slowly turned south, passing through small islands, a few of which contained Gondorian settlements. Away to their left, the sandy expanse of the Haradwaith sat quiet and empty. As night began to close in on the fifth day of their voyage, the ship rounded an island and came in sight of the Wenlack fishing station, the most southern outpost of the kingdom of Gondor.

However, instead of the warm welcome of the fisher folk that the crew had expected, they were met only with silence and the smell of rotting corpses… 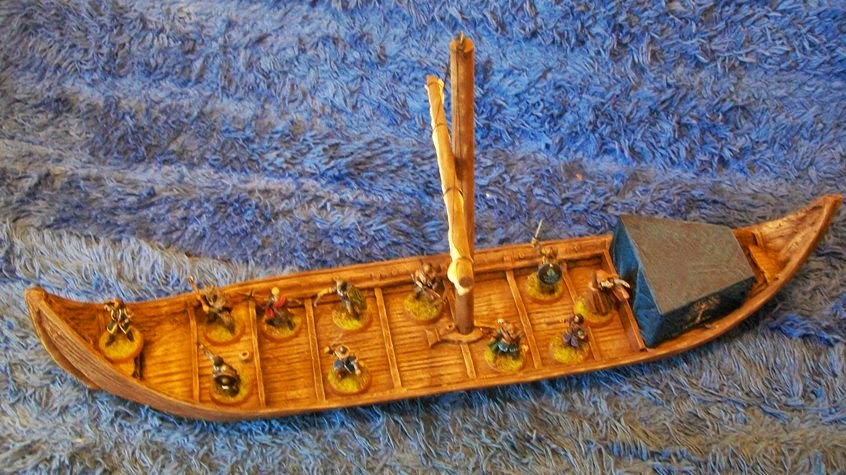 * * *
I manage to play my first little game with the crew of the Glaurung, which I hope to share in the next few days. First, though, the crew had to cover some ground. So, I took a few shots of the ship at sea.  The ‘sea’ here is actually my bath mat, but it works pretty well, even has some waves in it.  I didn't even try to put all thirty crew members in the ship. Instead, only the actual heroes are visible.