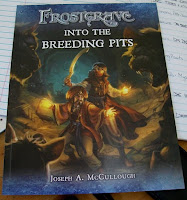 So here it is, my author’s advance of Into the Breeding Pits, the latest supplement for Frostgrave! It is due for general release in July.

You can currently pre-order a copy from Osprey or Amazon, but you might want to wait a couple of weeks. In June, North Star will be holding another Nickstarter, this time rechristened a ‘Gnickstarter’ in honour of the plastic gnolls that are being released at the same time. The Gnickstarter will be the first chance to order the book along with all of the new minis, as well as potentially pick up a few extra freebies.

The book itself is the same format as Thaw of the Lich Lord, a 64 page, full-colour book, loaded with artwork and photos and retailing for £9.99.

So what’s in it? Well, here’s a quick rundown –

This chapter talks about setting your games of Frostgrave underground, giving a few ideas and rule suggestions, including a few changes if you are playing in a dungeon style set-up, and new rules for how wandering monsters appear. The real meat of this chapter is the section on traps, which adds a new element of adventure and random carnage to the game! Also, rules for secret passages. 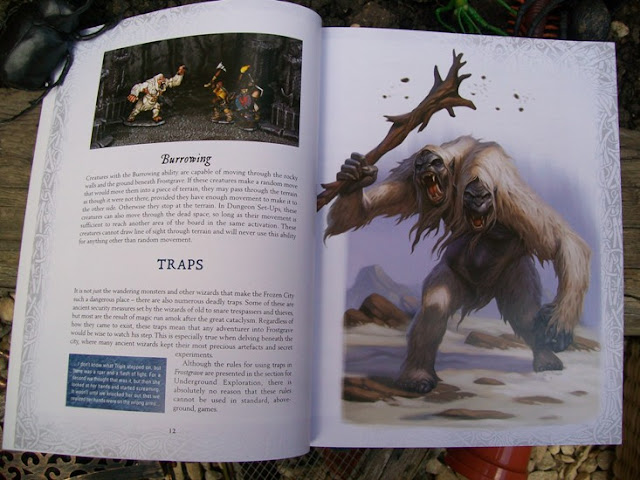 This chapter has two major sections. The first part is all about the Beastcrafters, the ancient mages that created strange hybrids in the breeding pits. For those who like a more animalistic warband (or even animalistic wizard) this section is probably for you. The second section includes some new spells, including a new type, ‘Reaction Spells’. In truth, these new spells are probably the biggest single change I have introduced into the game so far. Nothing earth-shattering, but I think they bring a new, fun element to the game.

This short chapter introduces two new soldiers, the Tunnel Fighter and the Trap Expert, both of whom have special abilities based on the underground rules. 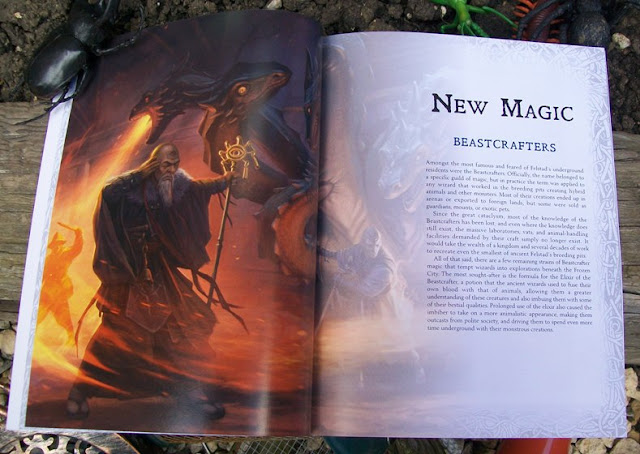 Loads of new treasures for your adventurers to find! Highlights include Bear Amour and a Scroll containing a ‘Lost Spell’.

The only thing better than more treasure to find, is more monsters to fight, and this chapter contains a bunch of them. There are a few fantasy classics, a few Frostgrave uniques, and a whole lot of gnolls.