A Little Corner of Frostgrave 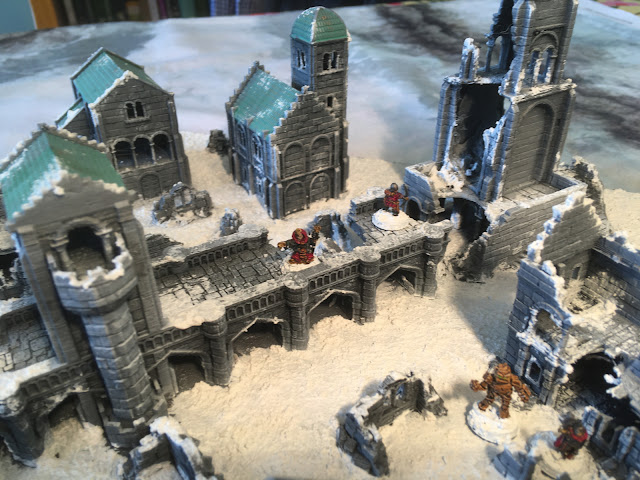 Christmas 2020 was an odd one for a lot of reasons, but one of the good ones was this amazing gift I received from the guys as Illusionary Terrain. I've hung out with these guys many times over the last few years, and even played a few great wargames. That said, I wasn't expecting this!

It's 10mm Frostgrave! A 12" square, covered in snowy, ruined terrain. There are even two little warbands to fight over it, and a couple of wandering monsters - a large construct and a monstrous Ice Toad!

Now, I admit, I haven't actually played a real game on it so far, but I've had a lot of fun playing with it none-the-less. Thanks guys! I'll let my mediocre photos say the rest. 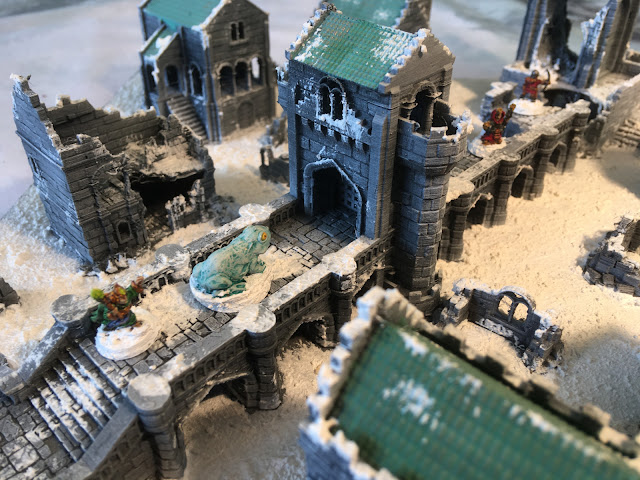 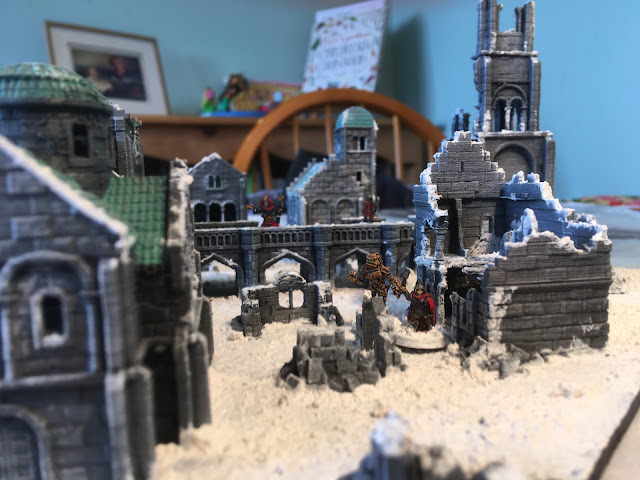 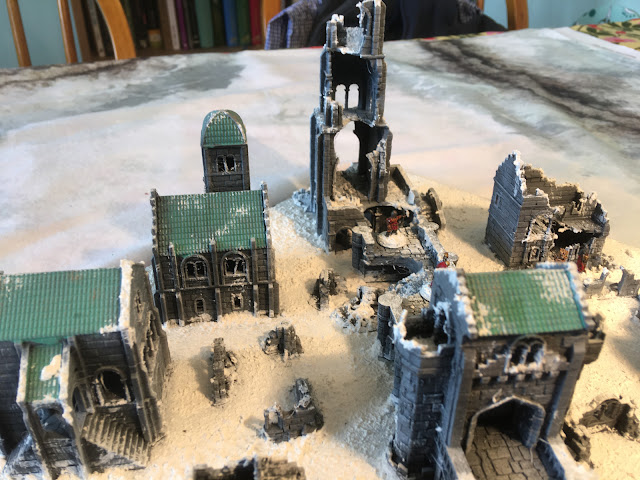 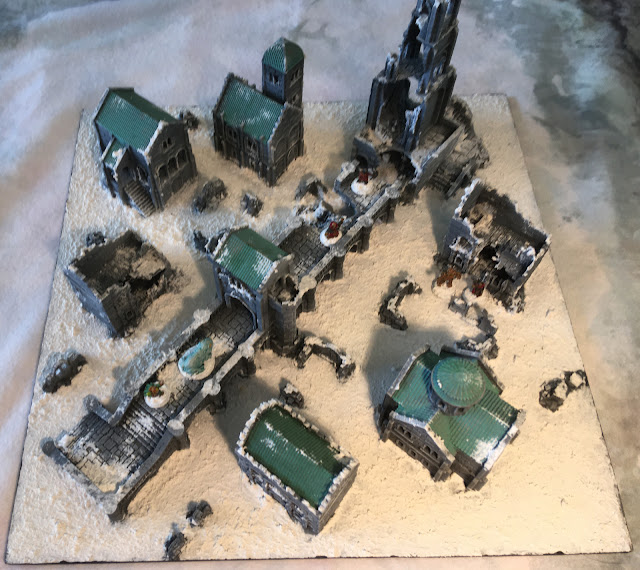