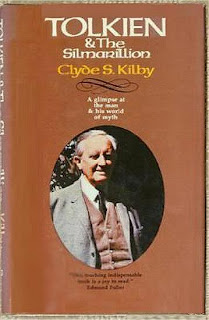 A few years after Kilby’s visit, J.R.R. Tolkien died. While I fully believe that Clyde S. Kilby wrote this book to honour a man he obviously held as a literary hero, I think it owes its existence almost wholly to the fact that, at that time, The Silmarillion existed only in broken manuscript fragments. The reading public, so desperate for more adventures in Middle-Earth, bought this book in the hopes that they might at least catch another glance at that mythical land. If that is the case, they were likely disappointed. Still, the book went through at least three editions, as it is a third edition copy that I found on my parent’s shelf. I enjoyed reading it, but I wouldn’t advise anyone to purchase it. Although it contains a few interesting glimpses into Tolkien’s character, as a complete work, it belongs to the past, a footnote in the great story of the writings of Middle-Earth.
Posted by joe5mc at 03:04