Britain has received a lot of bad press lately, much of it of its own making. Despite that, I still think it is one of the great places in the world to live. I won’t go into all of the reasons why, I will, instead, just show a blurry photo from a recent bike ride. 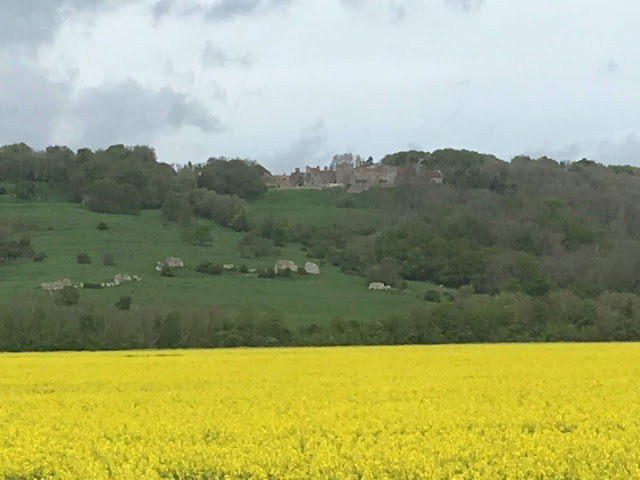 Take a look at this view! It was so glorious, I had to get off my bike and take a picture. Looking across a field of bright yellow rapeseed, I could see Lympne Castle (pronounced ‘Lim’) sitting atop the ridge line. Below the castle are the scattered remains of Portus Lemanis, part of the Roman ‘Saxon Shore’.

You just don’t get a view like that in many places. I might have to return with a real camera at some point.
Posted by joe5mc at 04:18