Illness, Stress, and the Wargames Designer 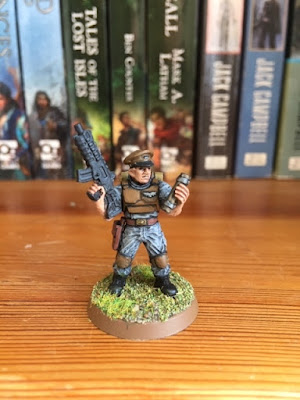 It’s been over three weeks since I put up a blog, and, truth be told, it’s been a pretty bad time. Soon after my last blog went up, I started to get chills and then developed a fever. These chills and fevers would plague me for the next four days. I don’t know if it was ‘the’ virus (thankfully there was no cough), but it was pretty bad. When the fever and chills finally abated, I was left with a host of odd aches and pains and a tremendous fatigue. For the next week-and-a-half, I would wake up around 8AM, go to bed around 8PM, and do not a lot in-between.

Then, as my physical strength started to slowly returned, my mental state kind of collapsed. I became listless and disinterested. After a couple days of this, I realized that apart from whatever virus I had, I was also suffering an acute bout of stress. It seems funny that you can be highly stressed and not realize it, but there you go.

What follows is just a list of my own issues during the lockdown. I fear it reads a bit like a list of complaints, but I really just mean it as an example. The truth is, now is not a ‘normal time’, and most of us are probably suffering in some way or another due to it. It may not look like it as we paint miniatures and watch Netflix, but when we are suddenly torn out of our routine and thrust into a different mode of life, stress is inevitable. It’s obviously going to be worse for some than others, just as the hardships are greater for some than others, but whatever your situation, your stress is valid. Recognize it, try to understand it, and then, hopefully you can start to address it.

When this lockdown started, I honestly didn’t think it would affect me that much. I mean, I’m a writer, I work from home anyway. Most days, I only left the house to go for a bike ride or to pop down to the grocery store.

Fool that I was. Of course it has affected me, majorly.

For starters, my wife and two young children have been locked down in this small house with me. My wife has been amazing throughout this strange time, but even at her best, it is not possible to keep two little kids from popping into Daddy’s office, or from screaming, or crashing pots, or whatever. Also, the pressure on her is immense, so there are times that I have to go to the rescue or give her a break.

Now none of this is conducive to creative work…or any kind of work really. Since the lockdown started, my productivity (even ignoring when I couldn’t work due to illness) has dropped noticeably. Inevitably, I have fallen significantly behind where I hoped to be at this point in the year. Why anyone should be expected to produce at the same level during this times is mystifying.

So work is going down, home life is harder, and many of my natural stress-relievers are gone. Thankfully, I can still get out and cycle – but my infrequent trips to the library, the café, and the gaming store are all gone. The gaming conventions, which not only were fun, but always helped recharge my enthusiasm for my work, have all been cancelled.  Heck, I don’t even know when I’ll be able to get my next can of Chaos Black Primer!

Also lost to the virus was a trip I was planning to take to see my parents, back in the USA. I have never felt farther from ‘home’. I didn’t get to see my family enough before, and now I don’t know when the next time will be. That’s a thought, I just have to keep at bay as much as possible.

And then, amidst all of this, my new game, Oathmark launched. It is the largest, most complex, game I have ever worked on. Any time a designer launches a new game it is going to be stressful (the same as any creative who release their work for potential review and criticism). There is going to be a flurry of reactions, questions, confusions, etc. This is a natural part of the process – though it can be a difficult one. To do so at the same time that much of the world seems to be falling apart, has made it double-difficult. Thankfully, I’ve had a lot of great support from my colleagues at Osprey games, as well as numerous friends and fans.

So that’s me. I’m feeling better physically, and I have at least identified my stresses and can start to process them and see if there are ways that I can mitigate their affects. I think everyone would probably be advised to set aside a little time to examine their own potential stressors and see if there anything that can be done to relax a little more.

For me, I think one important thing is to get back to painting, when I can. I haven’t really done any in the last three weeks. The figure presented on this page is one I painted months ago, but never got onto the blog for some reason. I assembled him from bits from numerous different companies (a no-prize for anyone who can identify them all!) and painted him up as a volunteer for Operation: Last Train.

Wherever you are, whatever you are doing, cut yourself some slack. It is a stressful time.