It was a big day for Frostgrave yesterday, as the first-ever ‘virtual’ UK Games Expo came to a close.

First, Frostgrave: Wizards 2 won both the Judge’s Award and the People’s Choice award for Best Miniature Range.  A huge congratulations to Nick at North Star, Phil at Osprey Games, and to the sculptor, Bobby Jackson. These guys all had a lot more to do with this set than I did! 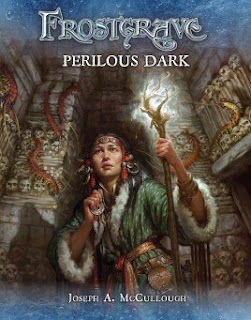 A few minutes after that, Frostgrave: Perilous Dark also ‘pulled-the-double’, and took the Judge’s Award and People’s Choice award for Best Miniature Rules. I admit that I’m very proud of that book, and I think its use stretches beyond Frostgrave. It also didn’t hurt that it’s a book on solo and co-operative wargaming that came along just when such a book was more useful than ever.

It’s been a crazy, confusing, and mixed-up year. I am delighted and proud to have won the awards, but I wish that I (and everyone) could have been at the show celebrating this hobby we all love. I wish I could have shared a few high-fives and maybe even a hug or two with the Osprey Games gang and other friends. Next year, hopefully! (And who knows, maybe Frostgrave: Second Edition will be up for the award!).

Many thanks to the organizers of UK Games Expo. I’m sure it was a major effort to organize the online version and it sounds like a lot of people had a lot of fun because of it! Also, a big thanks to everyone who voted for Frostgrave in the People’s Choice Awards!