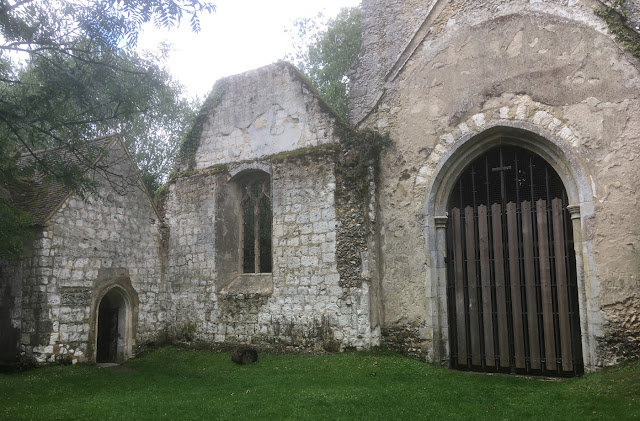 In an effort to get out and enjoy the last few days of summer, my family went searching for the mostly-forgotten church of St. Mary’s, Eastwell, that we saw mentioned in a book. Despite all of our modern technology, we did manage to get briefly lost and accidentally drove onto private property. However, a kindly security guard set us on the right road. 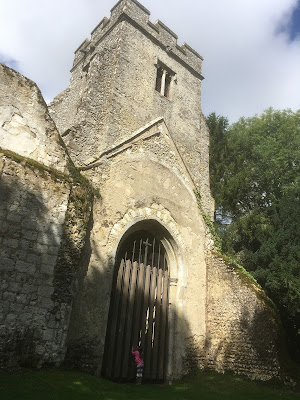 The road was long, narrow, overgrown, and didn’t seem to go anywhere, until it ended at a small gravel lot, right next to the ruins of the church. It’s an enchanting place. Only one side of the church actually remains, consisting of the main tower, a small chapel, and the wall between. A few other fragments of wall are scattered about. Of these, the largest chunk contains a stone plaque, marking it as the supposed resting place of Richard ‘Plantagenet’. According to legend, this shadowy figure was the illegitimate son of Richard III, who went into hiding after his father’s death (probably a good call).

The ruins are bordered, and often overshadowed, by numerous ancient yew trees, and the site sits right next to a lake, populated by a large flock of extremely noisy ducks. There are a few graves scattered around the place, mostly broken and completely overgrown.

The site is owned and maintained by The Friends of Friendless Churches, an intriguing charity.

The whole place definitely feels like the setting for a fairy-tale or Arthurian romance.

We had a lovely time exploring, playing hide & seek, and eating our lunch. From the church, we were able to join the ‘Pilgrims' Way’, the path that runs from Winchester to Canterbury, and briefly walk along that ancient trail.

It’s always a good day out when you can explore some medieval ruins! 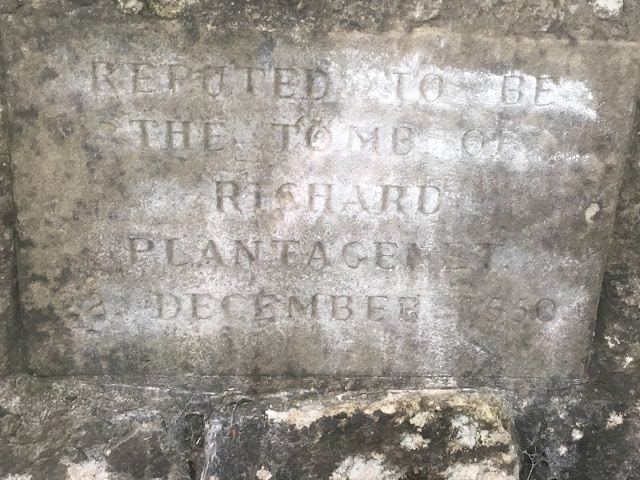