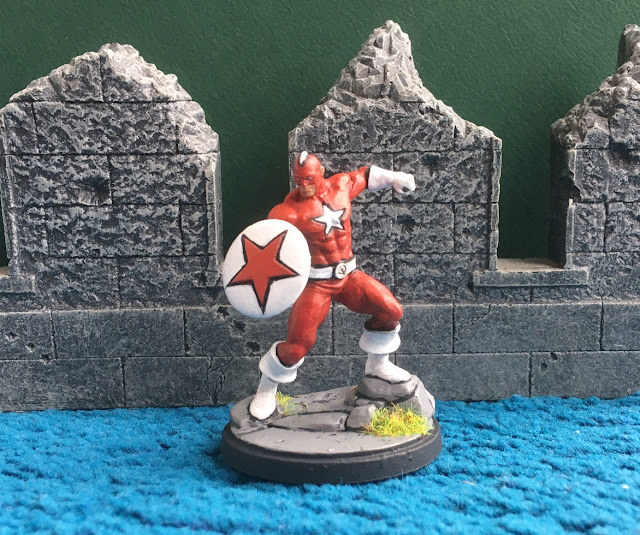 Last year was not a particularly good year for me. Professionally, things went well, but I had some major struggles with anxiety. I won’t go into that here or now, but thankfully, I am doing much better at present, and generally feeling a lot more positive about life!

During those rougher times, one of the things that helped get me through was a return to the Marvel Comics I had loved as a teenager. I got a subscription to Marvel Unlimited and read something like a thousand comics during the year. (That’s getting my money’s worth!). I also started painting Marvel Crisis Protocol figures.

I think MCP is a pretty cool game, with some very neat and interesting mechanics that really simulate the feel of super battles. If that is your thing, it is definitely worth a look. It is, however, a very tactical, competitive game with lots of intricacies and rules interactions, which isn't what I’m usually looking for when I play miniatures games. So really, I have just been collecting and painting the figures, more as modelling/painting projects than as gaming pieces. I love getting to paint with brighter colours than I usually use on my fantasy/sci-fi figures! Plus, the figures are larger, which is nice on my slowly fading eyesight! 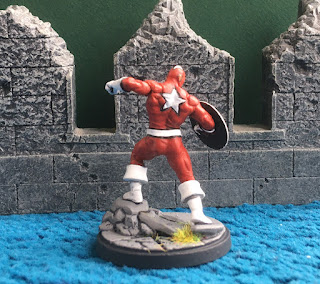 I haven’t posted any of that work to my blog because I was trying to stay offline more, and to keep one bit of the hobby to myself. These days though, as I am feeling better, I have started to have the desire to show off some of my work. So, here is the latest MCP figure I have painted: The Red Guardian.

In truth, I’m not overly familiar with the character. I have come across his team, the Winter Guard, a few times, but they never made much impression on me. That said, I really love the four figures they have released for the team. What I really like about Red Guardian is how generic he is. I mean, aside from his colours, he’s just about a ‘typical superhero’ at least in my mind. I painted him mostly by the book, except for his shield, which I made all red and white because I thought it more striking and fitting.

For the red body suit, I tried something new, in that I layered the red up by adding yellow to it. It’s subtle, but I think it worked well without making him go orange. Thankfully, I was able to use an ink to pick out the little hammer and sickle on his belt buckle, because that is some tiny detail!

I will likely go back and show off some of the other figures I have painted over the last year and a half.