A Tale from the Time War

The Dalek saucers tore through the Alliance fleet, suffering little damage, but leaving a trail of shattered and lifeless human vessels. In less than two hours, they would reach the planet Harkon II, where their planet killer warheads would exterminate the world's two billion inhabitants. Although a mass evacuation was underway, it was too little, too late. Still, every minute meant another ship that could escape the destruction, another hold full of innocent civilians flown to safety.

The Alliance's last hope rested with a team of eight marines who had successfully boarded the Dalek mothership during the battle. If they could work their way down to the power core, they might just cripple the ship, causing a massive delay in the Dalek assault. Millions would be saved. 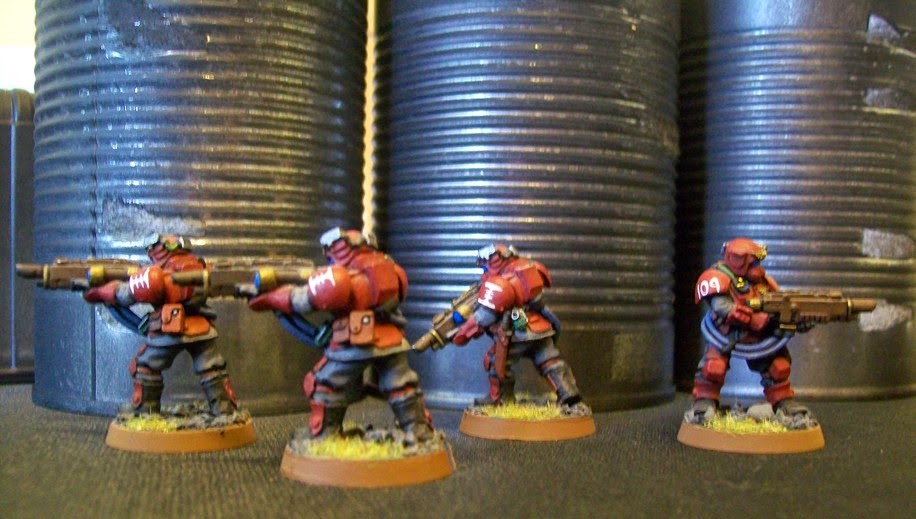 In the chaos of the brief space battle, the marine boarding pod had gone undetected as it latched on the Dalek ship. It took several minutes to cut through the ship's outer hull, but soon the marines dropped inside. Using their suit's scanners to detect the strongest power readings, they made their way through the dark, lifeless corridors. The only sound was their heavy breathing and the clank of their boots on the metal floor.

Then, around the corner, stepped a roboman, one the Dalek's lifeless, human warriors. The marines quickly gunned him down, but more followed. A vicious firefight irrupted in the tight corridors of the ship. 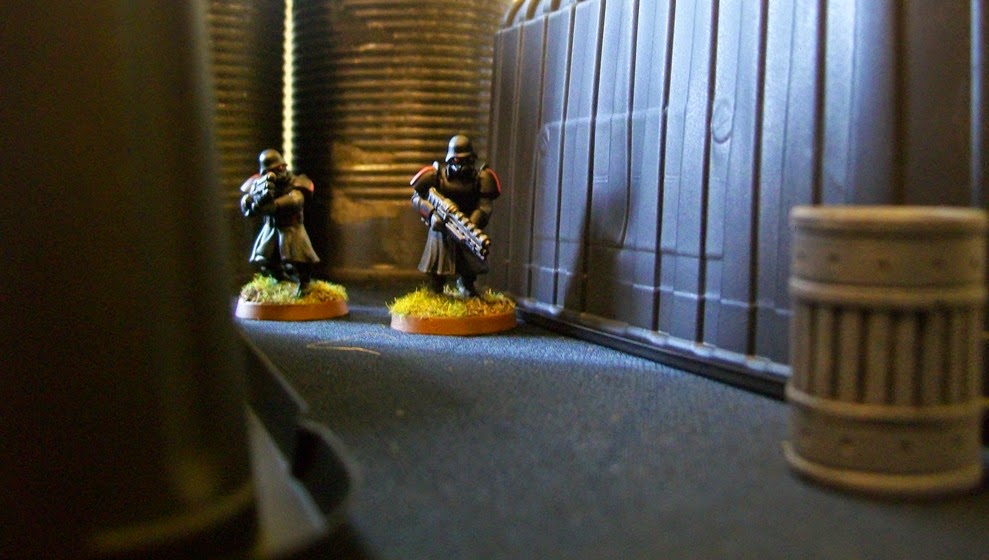 The marines' superior firepower, mowed down the robomen, but they just kept coming in what seemed like endless waves. Laser blasts sizzled down dark corridors, blasting through armour and human flesh. A marine fell, and then another, but slowly the survivors advanced, stepping over the still smoking bodies of friends and enemies alike. As the marines closed in on the power core, a pair of Dalek's rolled around the corner. 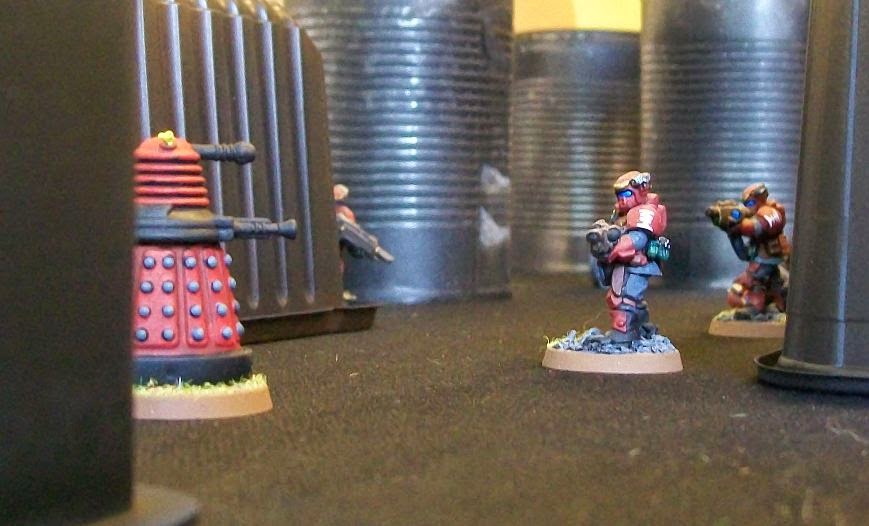 In seconds, three marines had been cut down, their armour no defense against a Dalek death ray. With only three men remaining, it appear the battle was over. But, just when all was darkest, there was strange sound, a groaning and wheezing. Out of nowhere, a blue box materialized, and an old man, in a battered leather jacket stepped out.

The old man drew a small metal tool from his bandoleer and pointed it at the Daleks. 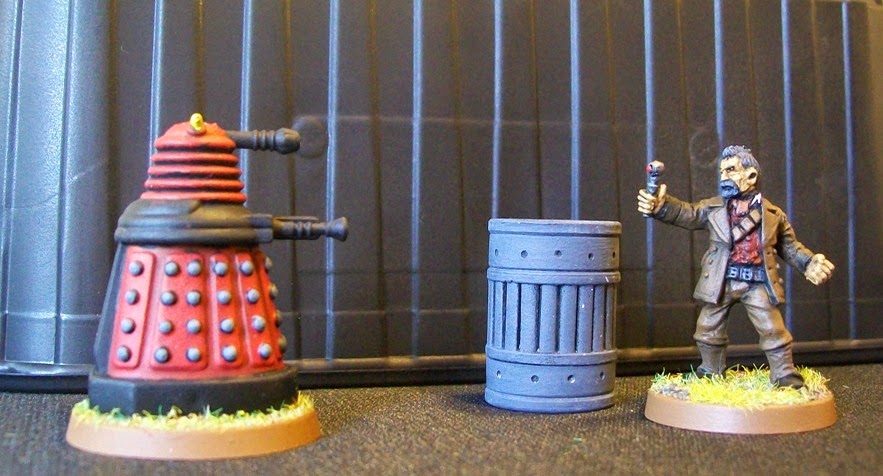 The tool gave a high pitch whine, which seemed to confuse the Daleks. They spun around in circles, screaming gibberish.

Taking advantage of the confusion, the remaining marines concentrated their firepower on the Daleks, quickly killing them both. Then, with the old man keeping watch, they planted their explosives in the power core. The old man then commanded the three surviving marines into his box, and they faded from existence...

Inspired by the latest episode of Doctor Who, I set up this quick little game, just to have fun and take a few snaps. All of the wall were made quickly by taking last week's recycling and spray painting it black, it's all just cans and plastic food containers along with a few hirst arts barrels.
Posted by joe5mc at 01:10