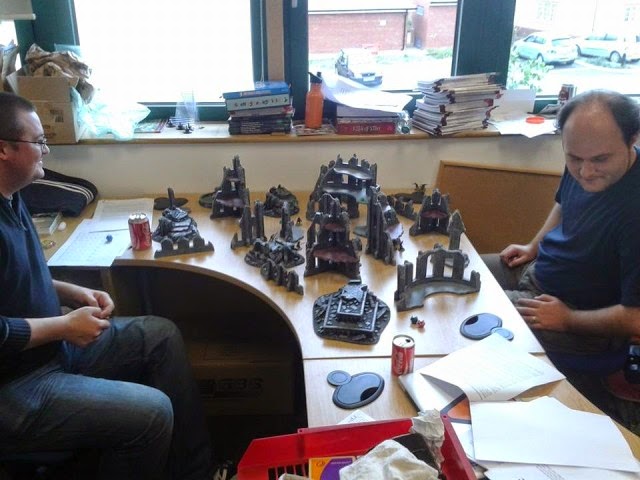 I finally had a chance to sit down and have a game of Frostgrave with Phil Smith, the Games Manager at Osprey Publishing. You can read his full write-up of the game here. Basically, I got trounced. I got off a few good spells early, including a poison dart against his apprentice, but then a lucky bow-shot took down my wizard. That left my poor, outnumbered apprentice to fend for herself before a crossbow bolt took her down as well.

I followed that game up with an even worse beating at the hands of Duncan, the Osprey Games Developer. (He got a lot of help from those stupid wandering zombies.)

Well, at least they had a good time. Just because I wrote the game doesn't mean I'm good at playing it!

Hopefully, there will be some more exiting news coming out about Frostgrave soon.
Posted by joe5mc at 05:08