Spellcaster Print-on-Demand is a Go! 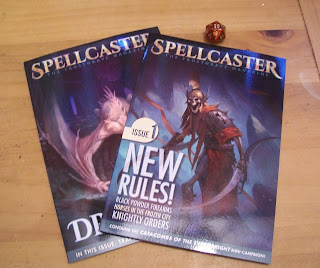 It is with great joy (and a little relief) that I can finally announce that both issues of Spellcaster: The Frostgrave Magazine are now available as print-on-demand booklets from RPGNow! I’ve got copies of both sitting on my desk, and they make an attractive little set (if I do say so myself).

If you are just hearing about Spellcaster, here is what each issue has to offer:

* Rules for Dragons in Frostgrave, including a co-operative scenario.
* Traps in Ghost Archipelago, including a solo scenario.
* Frostgrave Mech War, rules and a scenario for fighting with Mechs using Frostgrave rules.
* The Bridges of the Mal Dreath, a scenario reprinted from Tabletop Gaming Magazine
* The Mail Bag and Horizon

Once again, I would like to thank all of the people that have helped with Spellcaster - Andrew Vallas, who has done the internal design and production work; Steve Meyer-Rassow, who created the logo and worked on the cover designs, and Dmitry Burmak for his fantastic cover artwork! 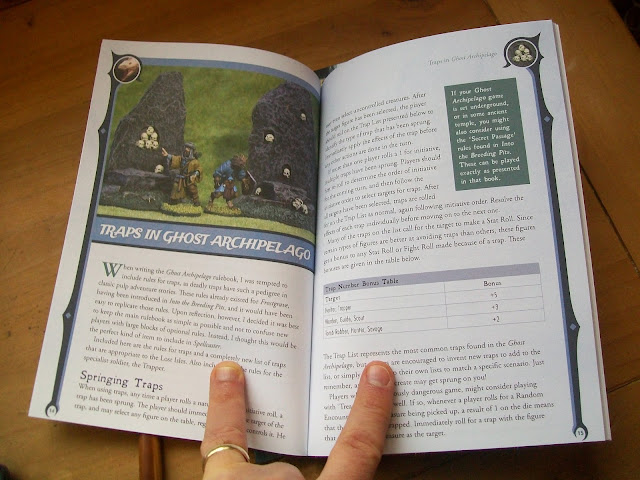