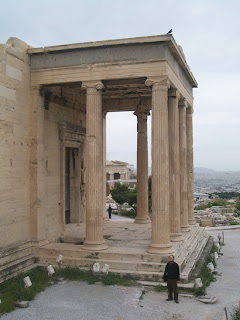 Last week, while going through some old files, I discovered a list I made 12 years ago. The list set out 49 goals I had at the time. I haven’t seen the list in over a decade.

Of the 49 items on the list, I have accomplished 22 of them. This includes ‘Becoming a full-time writer; getting out of debt; seeing the Grand Canyon; and getting a UK driver’s license’.  What is perhaps more telling is that of the remaining 27, most were consciously abandoned at some point. This left about are 3 or 4 I would still like to do, and a few that fall into the category of ‘What was I thinking?’.

I decided it was high-time I sat down and wrote another list. So, I did. In fact, I sat down on three separate occasions to work on the list, and when I was all said and done, I had a total of 7 items…

For a while, I was worried. Have I become so unambitious? Does the world hold so little wonder for me?

I ruminated on this for quite a while. I discussed it with my wife. 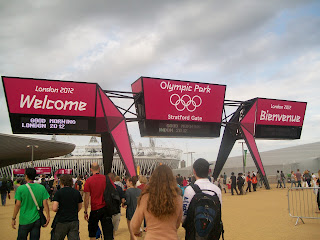 So what has gone wrong? Nothing, I think. In the dozen years since I made that list, and especially in the last four years, I have transitioned from one stage of life to another. I have entered middle-age; I have become a father; I have finally found, and made work, a profession that really agrees with me. I have left behind the years of ‘exploration’, where it was important to try out a lot of the different things that the world has to offer. In that time, I learned huge amounts about myself. I figured out which things bring me the most joy and satisfaction. The more I have become aware of these, the less it has made sense to devote large chunks of time to ‘trying new things’ at the expense of the things that I know to work for me.

I have worked pretty hard over the last several years to push my life in a specific direction. It would be foolish, having achieved so much, to not take some time to consolidate what I have gained and protect it. Also, what is the point in all of the work if you don’t, at some point, take time to appreciate the life you have created? 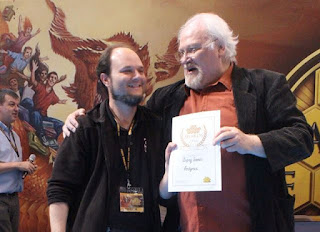 So, while I may only have 7 goals, they are well-honed, fire-tempered, goals that I know will lead me further on the road I want to travel.

Does this mean I’ll never try new things? Of course not. Complete stagnation is anathema to mental well-being. However, for the most part, the ‘new things’ I attempt will be in areas I have previously identified as being important to me. I need to keep pushing myself as a writer / game designer. I need to explore new places. I need to continue to try and be a better father/son/husband/brother.

But I really don’t need to visit Antarctica.
Posted by joe5mc at 05:35