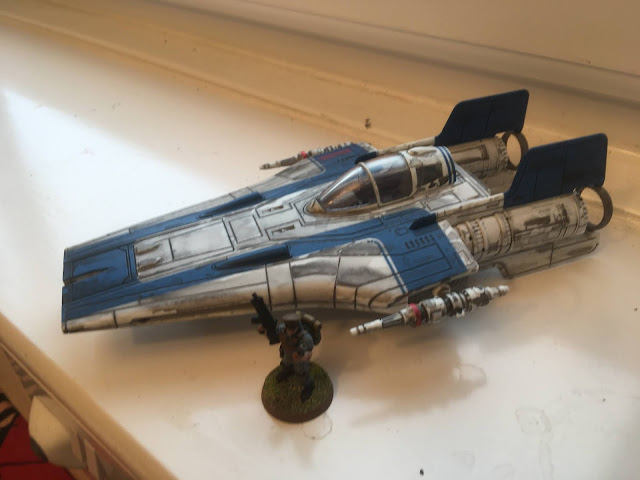 Currently less than £12 on Amazon!
For a miniature gamer, watching a great show like The Mandalorian can be dangerous. I mean, how many times has that show caused me to look at Star Wars: Legion figures? How many times have I come close to buying? Now, there is nothing specifically wrong with Star Wars: Legion figures - in fact, they are some really nice minis, but I had already decided I wasn't going to get too involved with them. Mainly its the issue of scale. They are just too large to fit with any of my other minis. But also - I've got my own space game coming out in 4 months with its own line of miniatures!
So, I compromised with myself. Instead of buying some Legion minis, I bought a Star Wars model that I knew I'd be able to use for Stargrave. This is an A-wing model from Revell. It's 1/44 scale, which actually makes it near perfect for Legion, ironically, but also close enough to 28mm for my tastes. It's snap-together, and its pre-painted! It even makes irritating noises (or did, until I pulled the batteries out!).
In fact, after a quick assembly, all I did was hit it with a heavy black wash and varnish.  It's not proper Star Wars without the grime!
Here it is straight from the factory. 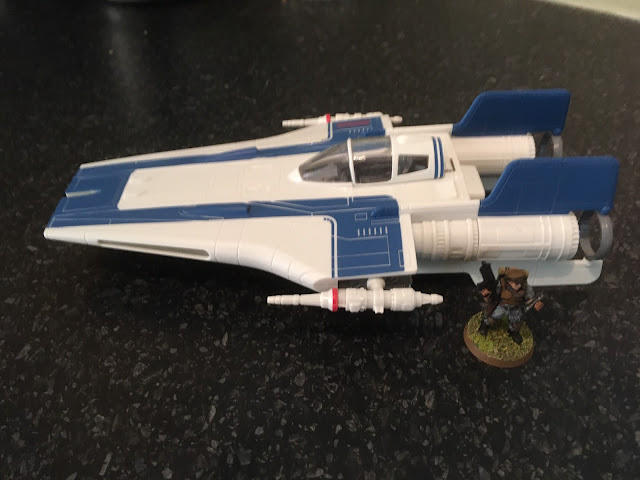 Sorry I didn't have time to take some better photos. Things are a bit complicated in the covid hotspot that is Kent at the moment.
Posted by joe5mc at 03:44