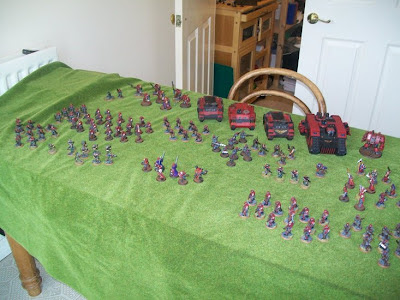 About eight years ago, Games Workshop released their Demon Hunters book for Warhammer 40K, and I knew almost immediately that I had finally found 'my' army.  The idea of a select group of hardened, hi-tech warriors, traveling the galaxy, hunting for ancient evil, appealed to me in so many ways.  Sure, I discarded half of the 40K backstory which is a bit too dark for me, but otherwise, I was ready to go. 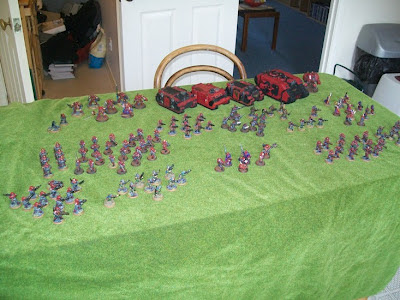 Thankfully, at the time, I had a parttime job working in a gaming store that provided me with both extra funds and a discount. Even then Games Workshop products were pricey. 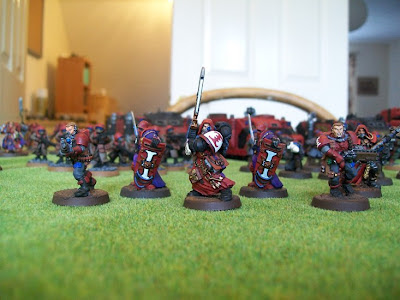 The army would be commanded by Inquisitor Lord Voulgaris, pictured above, a warrior equally comfortable with the sword and with the book.  He would search the galaxy from the helm of his ship, the battlecarrier Black Moab. 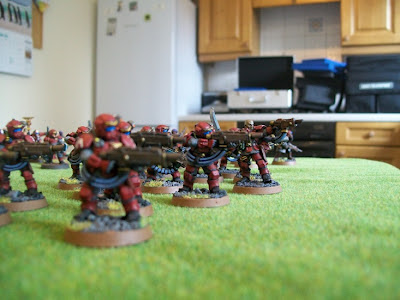 While in D.C., I painted up a small army. I even entered them in one of the store tournaments, where I finished 3rd out of 8.  The main fighting element of the army was made up of the stormtroopers of the 109th 'Demon Blade' regiment. 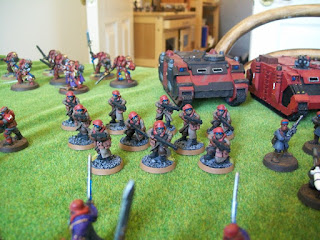 However, when I left D.C. for the first time, I packed the army away, ready for my new life in Britain.  Well, I realized pretty early on, that my new life still needed to include miniature painting, and so I started the army for a second time. 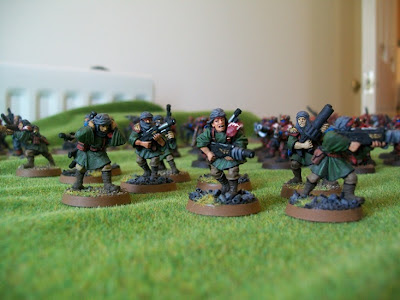 During this time, I switched basing styles, from the very plain blasted terrain of the original army, to the more rocky with bits of green of the new army. 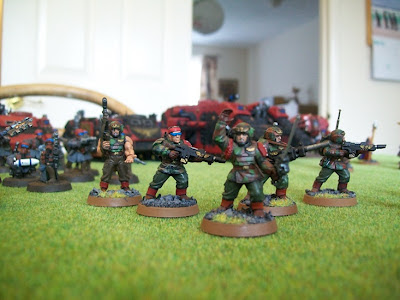 For years the two halves of the army never saw one another. In fact, it wasn't until yesterday morning, that all the members of the fighting compliment of the Black Moab stood on the same table together for a photo shoot. 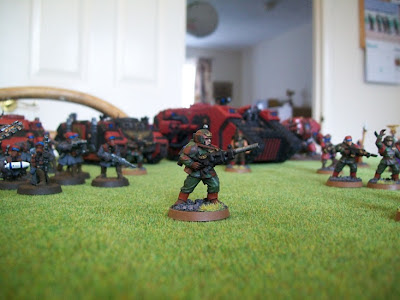 ﻿But now I'm a bit at a loss as to what exactly to do with them.  It long ago ceased to be a legal army in 40K terms. In fact, I'm not sure the Demon Hunters even exist as an army anymore.  But that's no matter. I no longer play with 40K rules. 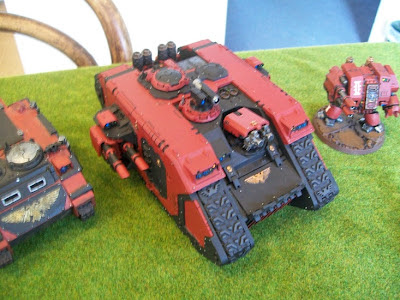 But the whole thing seems a bit unweildy. It contains two different basing styles. It has no real structure higher than squad level. Are these things worth worrying about? 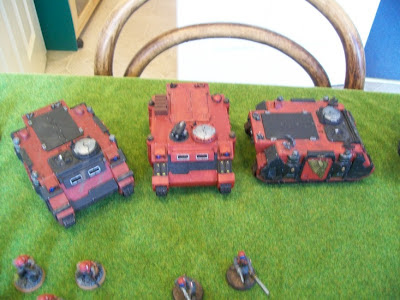 I store the army in a pair of large miniautres cases. Thus it is very difficult and time consuming to look at the whole army at one time and to think about what to do with it. 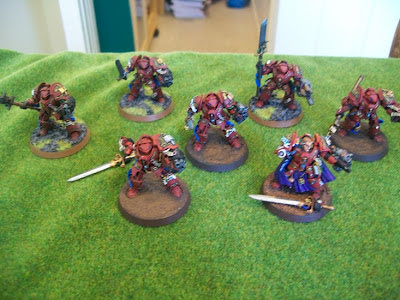 Is it worth rebasing fully half the army to get uniformity?  The picture above is a good example of the two different styles. I now recognize the 'blasted earth' one as rather ugly, although it does look less wrong for miniatures fighting indoors. 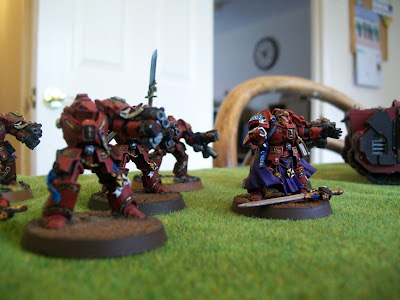 Keeping the army packed away also leads to inevitable breakages. 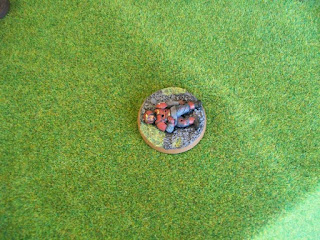 I've never managed to make more than the one casualty marker. 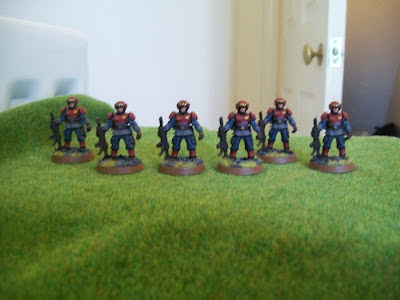 A six man honour guard. Kind of cool, but I'm not sure what he point is, really. 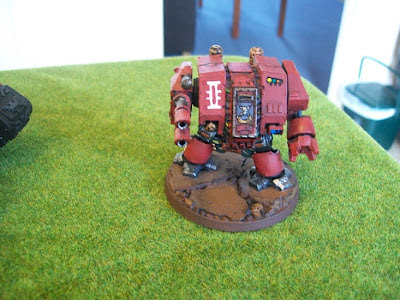