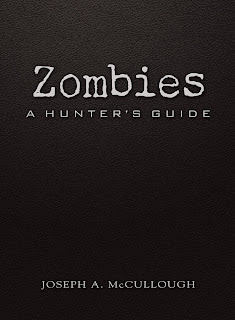 A few years back, I wrote a book called Zombies: A Hunter’s Guide for Osprey Publishing. While I’m no zombie fanatic, I had been dissatisfied with most of the books on the market. Every book I had seen only examined zombies in their most current and popular incarnation as virus victims that could only be put down with a shot to the brain. While that is all well and good, it neglects a huge body of myth, folklore, and creative imagination that has surrounded zombies for decades. So, when I came to write the book, I covered a variety of zombie types including necromantic zombies, voodoo zombies, atomic zombies, as well as several varieties of modern zombies.

The book also featured a load of really great artwork. Some of this was newly commissioned for the book, while the rest came from a variety of sources both professional and amateur. All-and-all, I was very happy with the end result, and it was my proudest writing achievement at that time.

Well, with the zombie craze still apparently riding high, Osprey has decided to re-release the book in a new Deluxe Edition. While the interior of the book is essentially the same, it now features a black, leather cover, with silver foil stamping on the cover and spine, and silver gilt-edging around the edges.

The book is due to publish in September. I’m hoping that I’ll actually get to see a copy in August.

Pre-order one for the zombie-lover in your life! 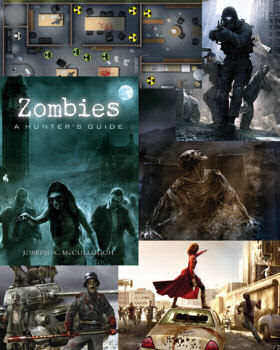