Although it is surprising to remember, I actually kicked off this year in my hometown of Greensboro, NC, at an Avett Brother’s concert with my wife, sisters and their spouses. It proved a fantastic beginning to a fantastic year. 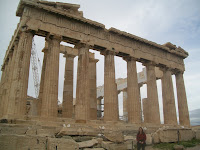 I opened the year with one main goal – get out of debt. I have basically been in debt for the last eight years, dating back to my marriage, immigration, and various periods of unemployment by me and my wife. This year I decided I had had enough. Using a combination of ruthless saving and selling off anything in the house that wasn’t nailed down, I did it. I got back to zero, and I have felt a little better about life ever since.

It was also another big year for travel. In the spring, we flew to Athens and spent ten days exploring our way up mainland Greece, a country neither of us had ever previously visited. In July, I flew to Washington, D.C. for work, got to spend a few days with my parents, and attend a couple of Washington Nationals baseball games. Soon after my return, my wife and I spent two great weeks in the Lake District, going for long walks, climbing a few fells, and generally having a relaxing time. Just recently, I made my first trip to Germany, again for work, spending a long weekend in the city of Essen. That’s enough for one year.

In my moonlight life as an author, I had a few successes worth mentioning. March saw the publication of my fifth book, Dragonslayers: From Beowulf to St. George. In September, my book Zombies: A Hunter’s Guide was re-released in a deluxe hardback edition. Finally, I wrote the first draft of my first wargame, Frostgrave, which is currently being playtested. 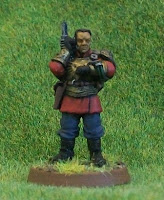 Hobby-wise, I read 58 books to completion, painted 196 miniatures, picked up my 100th softball hit,  and cycled well over a thousand miles. I also managed a pretty heft amount of blogging!

Okay, not everything this year went to plan. I’m currently typing with a cast on my left arm due to breaking my arm and wrist in a cycle crash. (It is scheduled to come off later today!). I also managed to tear the tendon in my right foot, which made several months of walking a lot more painful than normal (this is mostly healed). Really though, those were the only major negatives in the year, and if that is the case, it must have been a pretty good year.


Finally, this year saw the birth of my nephew (hey, Cassian!), the marriage of my older sister (Congratulations, Liz!). Also, this year brought news that will likely change my life forever and make 2014 an even more memorable year...