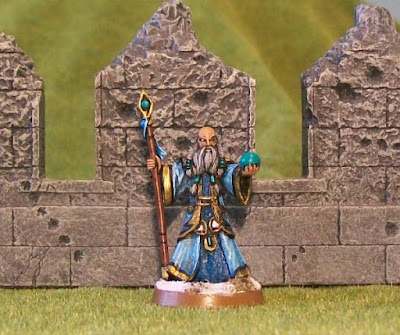 Next year is shaping up to be a big one for Frostgrave. Of course the main event will be the release of Second Edition in June, with another – as yet unrevealed – supplement later in the year. And, there will probably be a few issues of Spellcaster magazine as well.

It’s not just about the books, not for me, anyway. I’ve got the Geek Nations Frostgrave Immersion Tour in February (still a couple of spaces left!), and a slate of Frostgrave activities at Adepticon.

But for me, it all kicks off in January, in London. The guys from HATE (Hackney Area Tabletop Enthusiasts) have invited me up for a day of Frostgrave gaming! We are going to be fighting it out in a four-scenario campaign called ‘Swords Against the Slime Lord’ (coming to Spellcaster at some point).

Considering all of this, I thought it was high-time I painted up a new warband. In truth, every Frostgrave warband I’ve used up to this point has been somewhat thrown together. This time, I’m purpose building a warband from the ground up. So, to kick things off, I needed a new wizard!

I picked this guy up from Reaper. It’s a Gene Van Horne sculpt and just has buckets of character. In truth, I found the painting process a real struggle. The shallow detail – which make sense as most of it is detailing on the robes – really pushed my painting ability. Halfway through, I nearly abandoned it in frustration, but I pushed on, and I’m glad I did. It really came together right at the end.

I’ve been experimenting with new varnishes, and he’s come out a little glossier than I wanted (although the camera flash has made it look worse in the photograph than it actually is), so I may re-coat him.

I’m not sure what type of wizard he’ll be. He’s got a lot of the Elementalist about him, but in general, I’m not a big fan of playing Elementalists… we will see. I’ve got time, and I’ve got 9 more figures to add to his warband!
Posted by joe5mc at 03:08