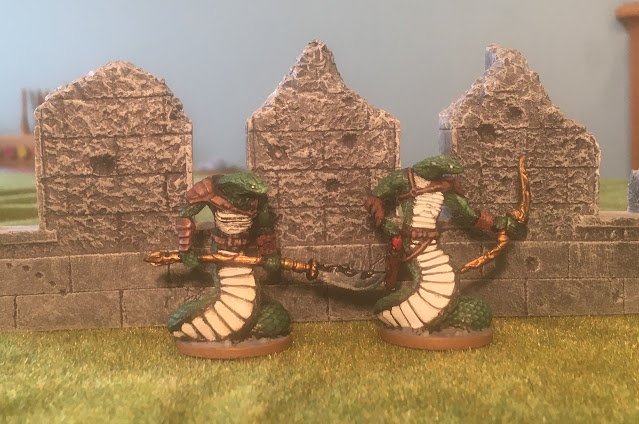 Like most fantasy gamers, I occasionally find myself asking, 'do I need more snake-men in my life?'. The answer is invariably yes. In fact, I pretty much knew as soon as Reaper released these guys in bones plastic, I was going to pick some up. I got 8, in 6 different poses, and have just finished painting the first two.

As they are bones, the detail on them is a bit soft in places, but by using a limited palette, I was able to let the contrast between colours do a lot of the work. They actually stand a bit taller than most 28mm, which I like. It makes them look a bit tougher.

Once I have all 8 done, I'll have to get them on the table and see what they can do against my Ghost Archipelago warband!