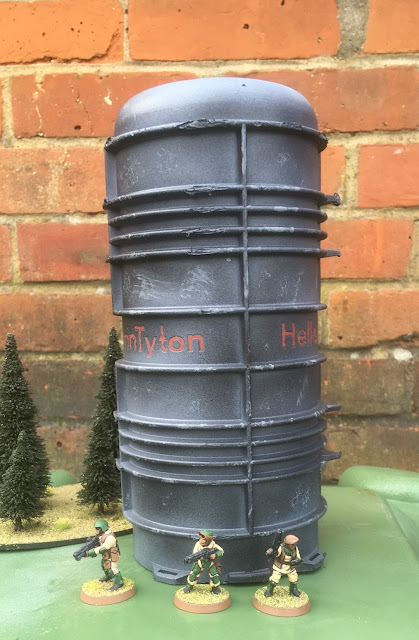 If you have ever walked down the street, saw some trash lying in the gutter, and thought 'that would make some great miniature terrain' - then you might be an old school wargamer.

That's what happened to me the other day. There has been a lot of work on our hill lately, with people digging up pipes and internet cables, and I suspect that is the origin of this piece. I think it is some sort of end-cap for a pipe, but I'm really not sure. As soon as I saw it, I knew I needed it for my junk terrain build.

To start, I had to saw off a couple of bits, a pair of tabs on the bottom that kept it from sitting flatly and a little handle on top that just gave too much indication of scale. After that, I shot it with a heavy shot of grey primer and a dusting of black primer. Then I sponged it with lighter grey to enhance the worn look.

The name of the company is written across the middle of the pipe: HellermanTyton. I thought this name sounded suitable generic, and the lettering was the right scale, so I roughly painted it in with red/brown. A blast of varnish, and I called it done. I suppose, by itself, it doesn't look like much, but I think it will make a great addition to the rough, industrial town I'm slowly working on.  Just need a few more lucky finds! 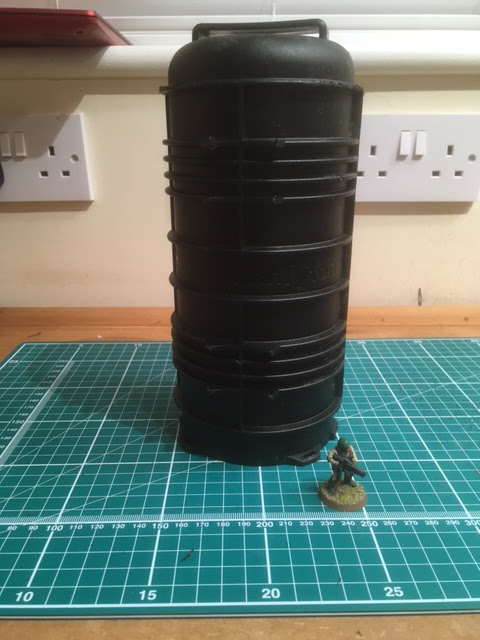