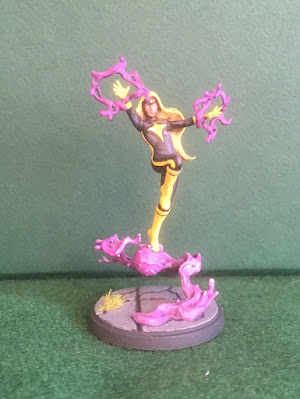 With a good chunk of free time yesterday, I painted one final miniature in 2022 - Darkstar from Marvel: Crisis Protocol. I actually broke the model during assembling - where the tab connected her foot to the glowing energy ball - but manged to get it back together with glue and greenstuff. This might have resulted in a slightly higher 'knee kick' than was intended by the sculptor.

I really enjoy the bold colours of superheroes and the general lack of excessive detail found in some modern fantasy miniatures, which makes painting these minis so much fun. On the flipside, they are extremely expensive. I just need to paint up one more figure to complete my 'Winter Guard' subset of Marvel Minis.

At the end of the year, I like to take stock of what I've painted. In total, I painted 116 miniatures in 2022 - which is remarkably similar to the number I painted last year. As usual, my painting was all over the place in terms of periods, games, and ranges. The biggest winners were Marvel (16), Colonial Marines (13), Dol Amroth (12) and Zombicide (11). As you can see, my four largest categories don't even account for half of the minis painted. This doesn't bother me at all, as I like the diversity. That said, I do expect to be more focused in the coming year, probably on those four projects. Then again, that's probably what I thought last year about this time... 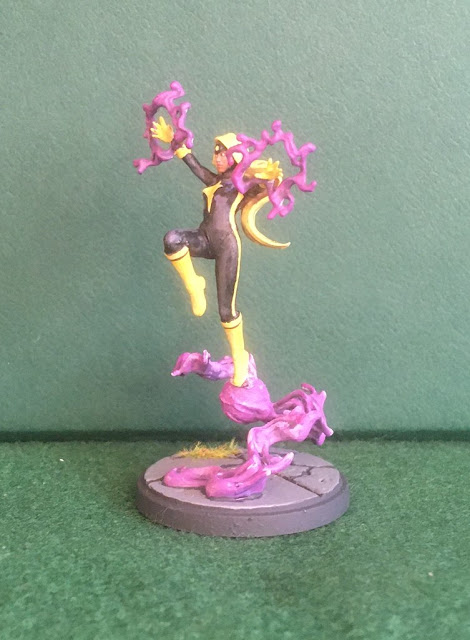