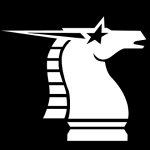 For the first time in three years, I decided not to play softball over the summer. There is just too much going on in life right now to make a commitment to the team. So, with a heavy heart, I told the Oxford Knights to play without me this season. I didn’t completely shut the door though. I said, if they ever found themselves desperate for a player, especially a pitcher, I might be able to make a guest appearance...

On Tuesday night, I got the call. I grabbed my glove and cycled through the rain to the diamond. By game time, the rain had stopped and the dark clouds had moved on, leaving a clear, blue sky.

It just so happened that I had been brought in especially to pitch to the Angels, the (overwhelmingly) best team in the league. And pitch I did. Despite not having tossed a ball in over a year, I pitched the entire game. I gave up three walks (which is probably the truest measure of pitching performance in underhand softball), which, considering how out of practice I was, I don’t think it was too bad.

I went a disappointing 0-2 at the plate with a pop to first and a fly to center, but that is probably even more to be expected when out of practice.

It was a lot of fun to be out on the diamond again, but it further convinced me that I probably made the right decision not to officially play this year.