The Warriors of Athena 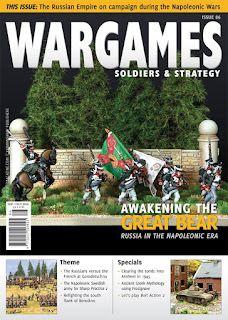 Devoted readers may remember a few months ago, when I posted this little teaser about a side project I was working on. Well, I have just received confirmation that it is soon going to appear in print in the next issue of Wargames: Soldiers & Strategy.

The Warriors of Athena is a solo wargame set in the world of Greek Mythology (or at least Hollywood-style Greek Myth). The player starts by creating his ‘Hero’. This begins with a roll on the parentage table to see if the hero is the son or daughter of a god or king. The player then gets to choose the stats and special abilities that define his hero. Finally, the hero must recruit a warband of other warriors to help him on his quest; this can include a few fantastic warriors such as centaurs and satyrs.

The basic rules are based on Frostgrave, and players will need a copy of the book, or at least a decent understanding of the rules, in order to play The Warriors of Athena.

After the creating a hero and building a warband sections, there are two linked scenarios to set your hero out on his journey through Mythic Greece. First the hero must rescue some prisoners from a band of pirates and then sail to a barren island and confront a deadly gorgon! If the hero survives, there are rules for experience and improvement.