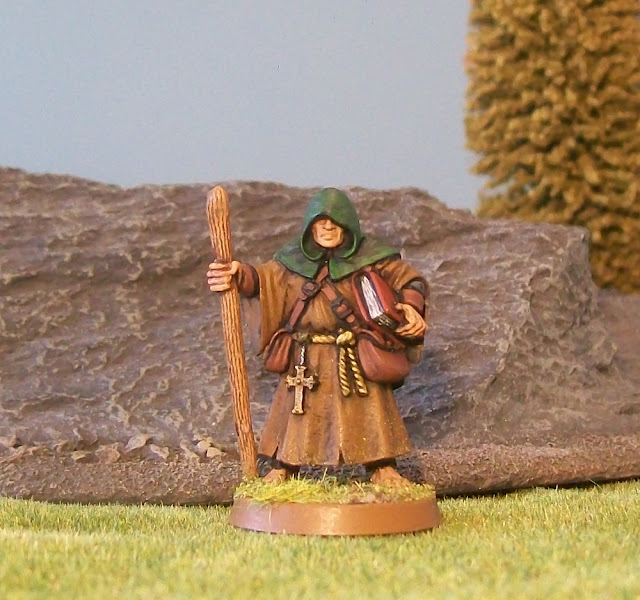 Here is the latest member of my Rangers of Shadow Deep warband. I’ll be using him an arcanist. He's even brought his giant 'Book of Lore'. He’s another wonderful Bobby Jackson sculpt and fits in perfectly with my ranger, and the official Rangers minis.

I actually waited a long time to add this guy. I first saw him in Reaper Bones about mid-last year, but I knew I wanted him in metal. So, I waited several months for him to be released in metal, only to watch it immediately go out of stock in the UK. So, I waited, and a month or so later, he came back in stock, and I jumped on it!

I gave him the green/brown paint job to match the rest of the band. His shadowed face, and his broad robes given him quite a presence when standing with the other members of the band.

I am still in the market for an herbalist (sneak preview – coming in the next Rangers supplement) and a recruit, but haven’t identified figures for either of them yet, so I’ll probably swap over to my Ghost Archipelago warband for a bit.
Posted by joe5mc at 05:55