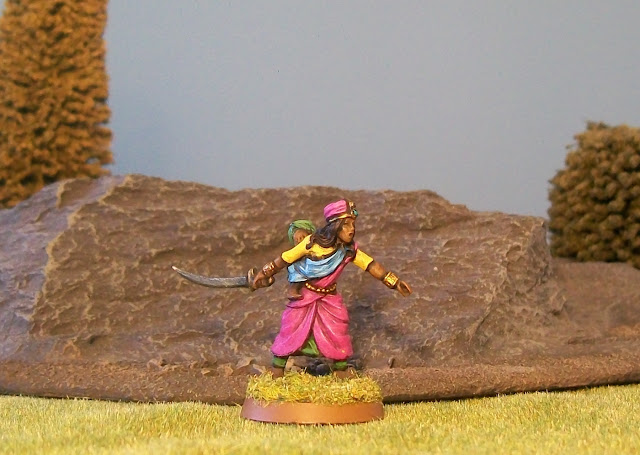 I have been taking my time assembling my new Ghost Archipelago crew, really scouring the internet to find figures that really excite me. Well, I saw this one, and knew I just had to have her. She comes from the Wargames Illustrated ‘Giants in Miniature’ line of limited-edition figures. You can order one from North Star. The figure actually represents a historical figure, but I didn’t want to know too much about her, as I wanted my own story. 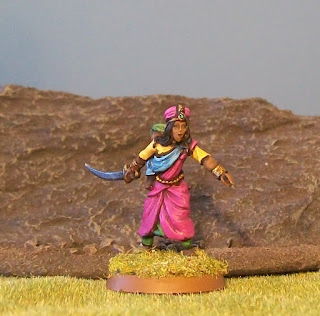 What is most immediately noticeable about this figure is that she has a baby on her back! Certainly unusual for a wargaming piece, but wonderful in its way. This immediately got a story forming in my mind.

I haven’t got a name for her yet, but she’s a Drichean princess who has been banished by her father after she had an illegitimate child. Captured, and nearly killed by a group of Tribals, she was inadvertently rescued when Cassandra and her crew came crashing through. Cassandra took an immediate liking to the naïve, but tough, princess and figured that her knowledge of the island could prove useful. Thus, she was invited to join the crew.

I painted the figure using the same colours as the ‘official photo’, for the simple reasons that they looked great, and I’m not so good with coming up with colour schemes on my own.

For now, I plan to use her as a ‘standard crewmen’, but at some point she might get upgraded to a blade-dancer (from Cities of Bronze). 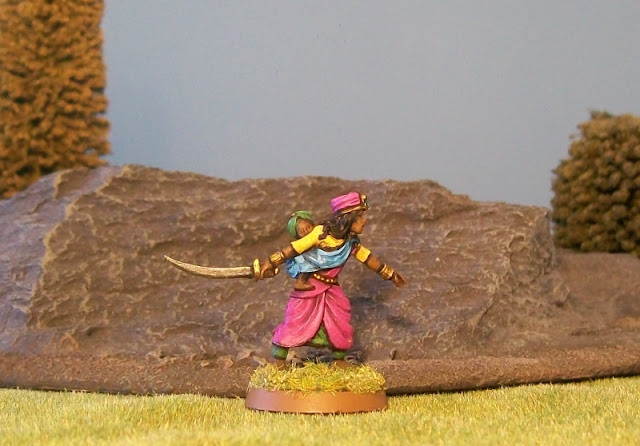