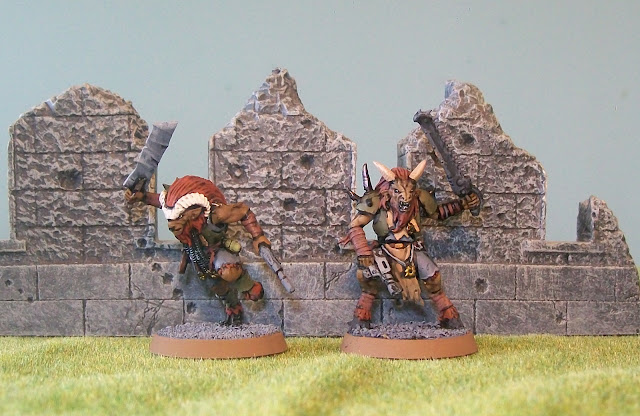 For my birthday, my family presented me with a copy of Warhammer Quest: Blackstone Fortress. I’ve been interested in this game since it first came out, but avoided it for a couple of reasons. First, I was deep into my work with Rangers of Shadow Deep when it was released, and I didn’t want any of its solo-play mechanics to influence my own. Now that my mechanics are pretty firmly established, I’m not too worried about that anymore. The other reason is, that for all of the good I see in the game, it lacks two things which I really love – you can’t make your own characters and you don’t need a pencil to keep track of things. I won’t go into either of those in depth here, but they are important issues to me.

All of that said, the game looks really interesting, and it is such a glorious box of models! Honestly, I may or may not ever play the game, but I am looking forward to painting a bunch of the figures, especially the bad guys. These are great generic baddies that I’ll be able to use for lots of games.

I decided to start my painting with a pair of beastmen, and here they are! There is no doubt that these are great models, but, I must admit, me and GW are drifting apart on model philosophy. As their models continue to get more detailed and more dynamic, I find myself longing to paint models that are less detailed and less dynamic. Partly this is due to my slowly eroding eyesight, but mainly I just like my models to have an element of ‘toy soldier’ in them that overly dynamic models just don’t have. For example, I really love the beastman standing upright, but I’m less enamoured with the one that is crouching over, running. He’s a great figure in many ways, but his pose means you can’t actually see his most of his front most of the time.

Still, as a pair of generic baddies, these guys are great.