End on a High! 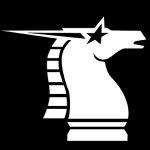 Due to work and holiday commitments, it appears that I have taken the field with the Knights for the last time this season.  If that is the case, at least I went out on a good note.

Last night the Knights were taking on the Angels, the undisputed best team in the league, who have lost a grand total of one league game in the last three years. With no real expectation of victory, we just wanted to give them a good game. We went on to lose 18-9, but I think that’s a score of which we can be proud.

I was given the unenviable task of pitching the entire game, but, despite giving up the 18 runs, I would have to say that I was effectively wild. I picked up 4 or 5 strike outs, a rare enough feat in slow-pitch softball, but quite gratifying against a team that can hit so well.  I also had a good game as a fielder, throwing out runners at first, second, and third on a variety of comebackers and unintentional bunts. For the first time all year, I was named MVP (an award given by the other team to a team’s best fielder of the game).

I also had a great night at the plate. Hitting fifth in the line-up, I went 3 for 3, with 2 RBIs, and 2 runs scored. My first two hits were both line drives over the left side of the infield. The third was a perfect lob shot into shallow center.

All and all, a thoroughly enjoyable night of softball. So that’s it for the regular season for me. There is a chance that I might play in a tournament or two later, either with the team or as freelancer. We shall see.