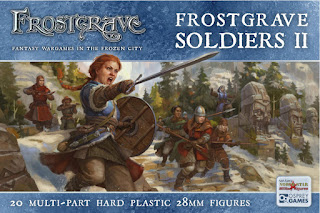 It is a big day for Frostgrave fans! It is the start of the Maze of Malcor Miniature Pre-Order Campaign.

As of today, a host of new Frostgrave miniatures are available to pre-order, including five new wizards and apprentices, a dozen or so new monsters, some new specialist soldiers, and the Frostgrave Soldiers II box set. This last item, which features twenty, plastic, multi-pose female soldiers is something that me and the gang from Osprey and Northstar have wanted to produce since the game was launched.

To make it all more fun and interesting, the pre-order campaign has taken a page from Kickstarter and established 'spend-goals'. Basically, as the campaign reaches certain total-order thresholds, everyone participating gets freebies. In this case, there is a chance to pick up the phantasmal 'shade' versions of each of the five new wizards. 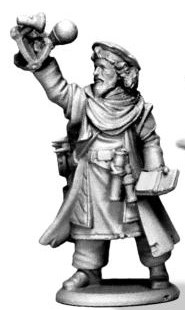 Most of the figures in the campaign are drawn from Frostgrave: The Maze of Malcor. You can also pick up the book, if you don't have it, and you'll even receive a special bonus treasure token if you do. (A really cool one, I might add).

The campaign lasts for 28 days, so get your order in now. And, remember, this is not a Kickstarter; it is not crowd-funding. All of these figures are either already produced or in the final stages of production. So all of the orders should be shipped soon after the campaign ends.

To see all of the new figures, and to join in the pre-order fun click here. 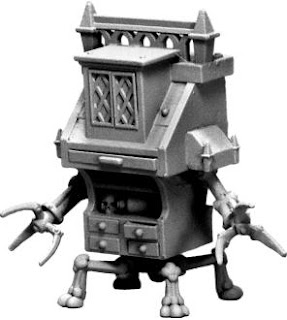