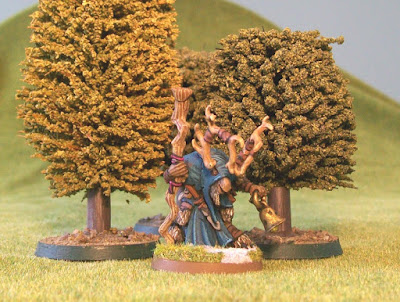 This figure has been sitting on my lead-pile for quite a while, for the simple reason that I was kind of intimidated by it. It’s just such a cool figure, I really wanted to do it justice.

Recently, I took it out, assembled it, and decided that I would take it slow, detail-by-detail. In that way it probably took twice as long, or maybe more, than a standard figure, but I enjoyed it, and I think it shows in the results.

In fact, I enjoyed it so much, I think I will have to get a few more rangifers and make up a full warband. 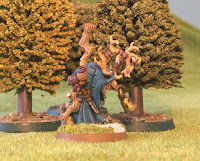 Interesting factoid – this figure is the only Frostgrave figure that was created specifically because of something I wrote in Spellcaster Magazine. Generally, the magazine is kept separate from the ‘official’ publications, but everyone involved agreed that a Rangifer Shaman was just too neat of a figure not to create.

For those who are interested in creating their own Rangifer Shaman and warband, the full rules for this can be found in Spellcaster: The Frostgrave Magazine #3. 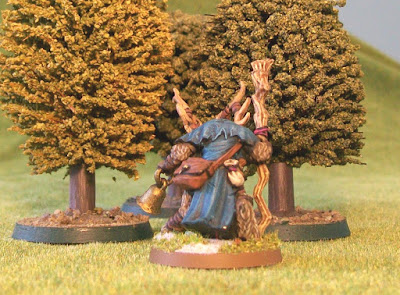