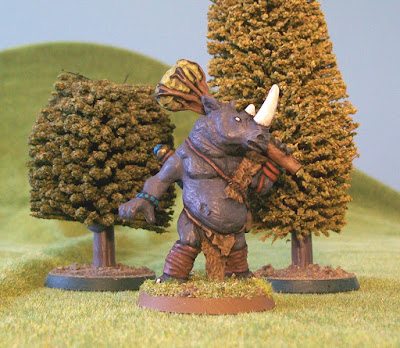 For me, miniature gaming has mainly been about buying the figures I wanted to paint, and then figuring out what they are actually for later. I suppose that is one of the reasons I started writing my own games, and the major reason that all of those games tend to be very open about the figures used.

I knew I wanted this rhino-man from Reaper the minute I saw him. He’s big, see the comparison photo below, but he’s from their Bones plastic range, so he’s also attractively priced. I have mixed feelings about Bones, but have found them to be really good for larger creatures. I have no complaints what-so-ever about this one. The casting was good, the details well-defined, and sculpt (by Jason Wiebe) is top-notch!

I thought it was going to be pretty quick to paint, what with all of that open pachyderm skin, but actually, it took me about twice as long as a normal 28mm figure. I’m honestly not sure why. That’s fine; I enjoyed the time, so it was time well spent. I’m very pleased with the results.

So, what’s he for? I’ll probably use him as an Eritherean in Ghost Archipelago… although he’s obviously from a different tribe, so he might need some special stats…

By-the-by, for those in the UK, did you know you can now order Reaper figures direct in the UK? Just go on their website and switch the currency to £. Yippee! 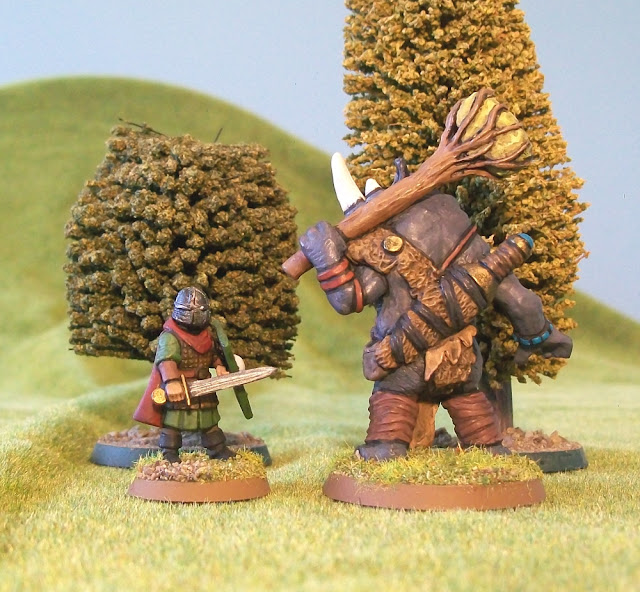