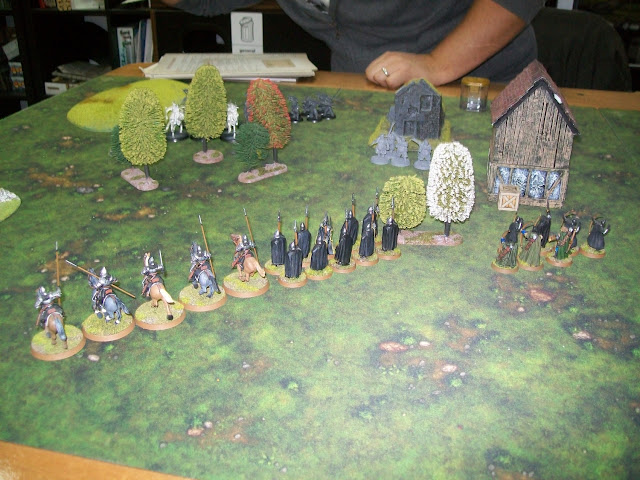 One of my goals over the next year or so is to actually play more wargames. While I spend almost every day working on games or painting miniatures, its actually comparatively rare that I actually play a game, just for fun.

Thankfully, I’ve already got several ‘events’ scheduled, where I’ll get in some fun gaming: The Frostgrave Campaign Day with HATE in January, the Frostgrave Tour in February, and Adepticon in March. That said, I also wanted to see if I could get in a few games closer to home.

So, last Friday night, I found myself in the gaming store, with a small force of Gondorians, preparing to hold back a Harad raiding part. It’s actually been many years since I played a game of the Middle-Earth Strategy Battle Game (since before it was called that) that wasn’t a Battle Companies game.

It was basically a learning game for me and my opponent. I learned, right off the bat, not to put my Knight of the White Tower who was leading my force in the front rank, as he (admittedly, improbably) died to hail of poisoned arrows in a single volley. Although I fought the good fight, I never quite recovered from this and had no real answer to his heroic commander who tore up my lines.

We played a second game where my opponent switched to Dain leading a small group of heavily armoured Dwarves. Interestingly, I think he was so shocked by the easy death of my leader in the first game, that he hid Dain at the back of his force. This meant he was out of position when the lines clashed, and my spears and cavalry proved too much for even Dwarven armour.

It was a fun night of gaming. I had forgotten how tactical the movement phase is in the game. It also has a wonderful freedom of movement, since there is no such thing as unit cohesion. I’m not 100% convinced by the combat system, but overall, I do think it is a very good wargame, which I will likely play again. 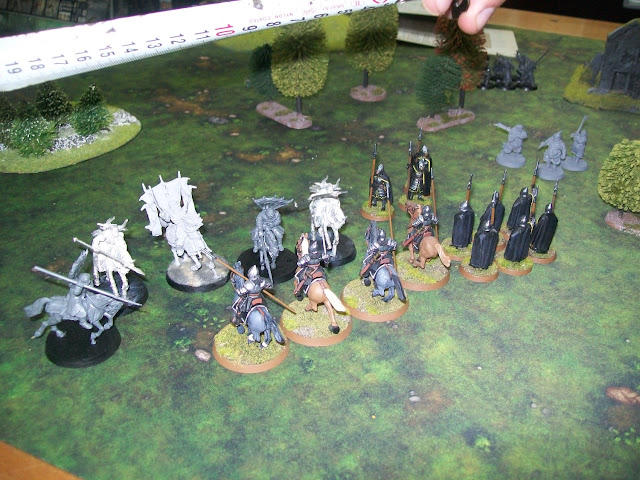