Back in 2003, Games Workshop released Codex Daemonhunters for the 5th Edition of Warhammer 40,000. Although I had long dabbled in 40K, this was the first time that an army really appealed to me. These were the monster-hunters, the knights that took the fight right to the greatest evil they could find.

At the time, I was working at Dream Wizards, the legendary gaming store in Rockville, Maryland. Since 40K was the main game everyone was playing, and since my employee discount made assembling an army more feasible than it had ever been, I decide to dive in! 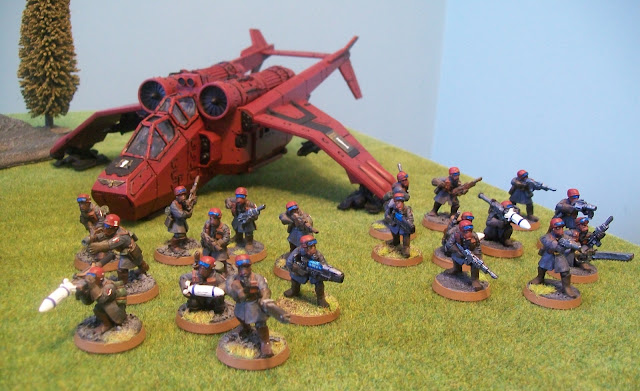 Pretty much the entire army is based on a photo of one rhino APC model that appears in the book, with its eye-catching red and black paint job and its team of red-suited storm troopers.

The core of the army is the three squads of stormtroopers, mounted in rhinos. Each squad consists of a sergeant, 2 troopers with assault weapons, 5 with hell guns, and a sanctioned pysker. Two of the Rhinos are the ‘up armoured’ versions – as Dream Wizards had two of these Forge World kits that had been gathering dust for years, and the manager made me a deal to take them off his hands.  (I've actually got some extra assault weapon troopers, so I can go with different load-outs.) 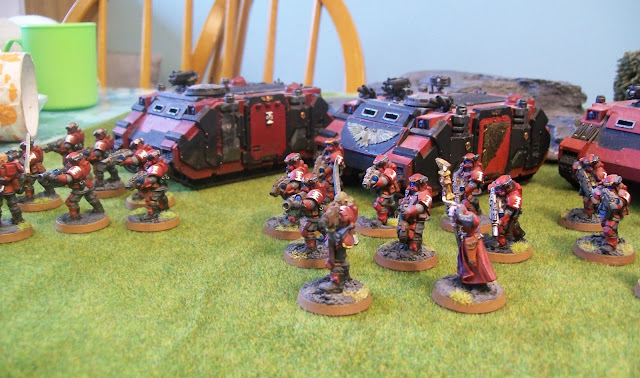 The storm troopers were supported by two squads of Steel Legion Imperial Guard, because they were (and still are) the coolest Imperial Guard models ever made. I never got around to making transport for them at the time.

Leading the army is my Inquisitor Lord and his retinue mounted in a Land Raider.

I’ve toted this army around the world with me, and even though I haven’t played a game of 40K in a decade or more, it is still my go-to force for any science-fiction gaming. I recently finished painting up the Valkyrie dropship, the first addition to the army in years, so I thought it was time for a photo-shoot. 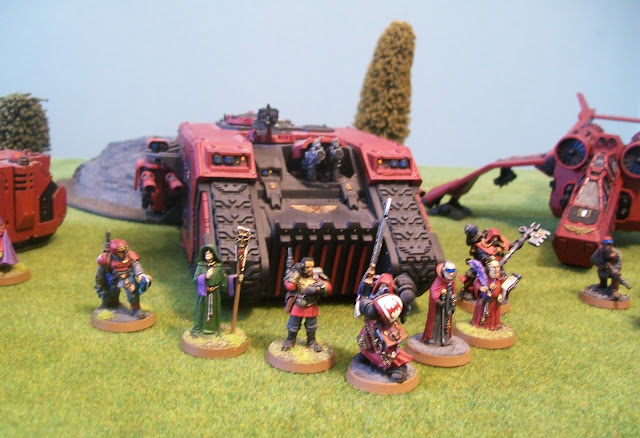