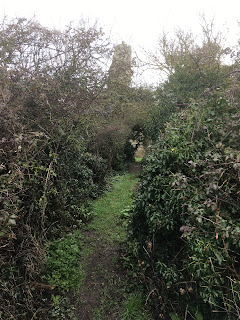 Last week, it was all getting to me. So, on a dreary, drizzly Thursday morning, I eschewed work and set off on my bike instead.


In England at the moment, we aren’t allowed to leave our ‘Local Area’. I don’t think there are any specific guidelines on this, which is probably as it should be. For me, I’ve taken it as the distance I can cycle and still get home. Thankfully, there is plenty of interesting stuff in my local area.

On this day, I rode out into the Romney Marsh, which is an oddly lonely area of land that sits between the south-eastern coast and a high ridgeline. It’s a peaceful place to cycle with many more sheep than cars or people.

Peddling my way through a few small villages, and then past a few isolated houses, I finally reached an open area of flat fields and drainage ditches. A little further and I came upon a strange ‘island’. While everything was flat and mostly featureless, here was a lone house with a small area of thick, bramble-filled woods next to it. These woods contained only one ‘entrance’, a tunnel that had been purposely cut through the greenery. I pushed my bike through, and I admit, it was a bit like entering the fairy realm. 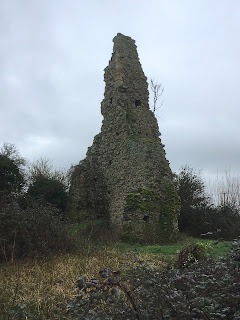 On the other side of the tunnel was circle of cleared land, completely enclosed by the walls of trees and brambles. In the middle stood two, jagged projections, the crumbling remains of the tower of Eastbridge church. The tower was apparently built in the 13th century, but by the 15th century the church had been abandoned for reasons unknown… although judging by the number of houses in the local vicinity, a lack of patrons is perhaps a good guess.

It’s incredible to think that after 500 years left mainly on its own that anything survives. Obviously, someone is maintaining the land, though there is no evidence that any work has been done on the ruins themselves.

On another day, it would be the perfect little spot for a picnic. On this wet morning, it was a tranquil place, if not one that invited lengthy stays. I soaked in the quiet, the calm, and the drizzly rain, took a few photos, and quietly thanked the unknown caretaker. I hope the place manages to remain for another 500 years. 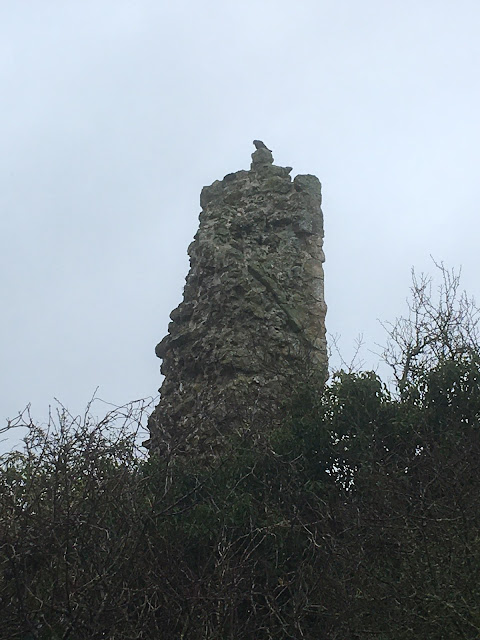 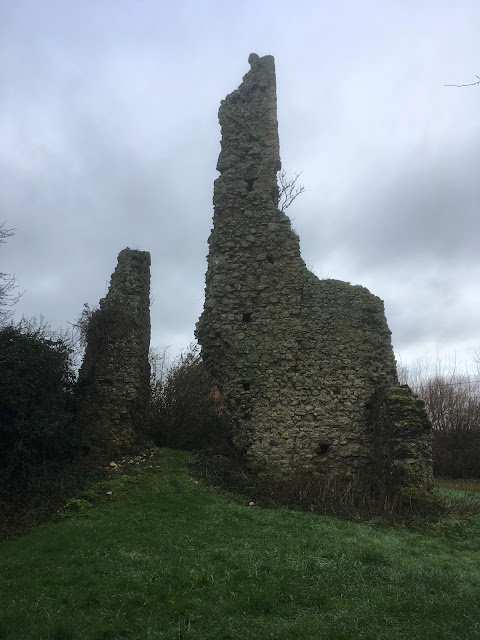