Gamorrean Guards and Me 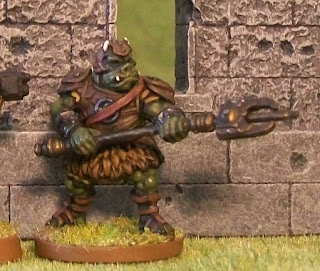 Return of the Jedi was first released when I was 7 or 8 years old. Thanks to the magic of terrestrial television and Betamax, I had seen the previous two Star Wars films, and absolutely loved them. I suspect my parents struggled with whether or not to take me to see the film, but, in the end, I think they deemed it important for my education. So, on one Saturday afternoon, my Dad took me to the dollar theater to catch the film before it exited theaters for good. (Remember when dollar theaters were a thing?).

The opening segment of the movie absolutely terrified me. Jabba’s palace is such a creepy, evil place. The rancor was the scariest thing I had ever seen, and when it crunched into that Gamorrean Guard I think I nearly passed out. To this day, that whole sequence remains my favourite bit of Star Wars. (Although Lucas damaged it badly with the Extended Editions). In fact, if Return of the Jedi ended with the destruction of Jabba’s sail barge, I think it would still be my favourite Star Wars film.

Thanks, Mom and Dad, for taking the risk of giving a kid nightmares. That little investment in my future has paid huge dividends.

I am still slowly working my way through the stuff I acquired at GenCon this year, and that includes a load of Star Wars: Imperial Assault figures, most of them from the Jabba’s Realm expansion. The figures in the box are terrific. Wonderful detail, crisp casting. They are significantly better than the figures that came in the original box.
Now, in truth, I don’t play the game, but I enjoyed painting this figure a lot, and I am looking forward to trying a few more. I actually like these figures a lot better than the Star Wars: Legion figures, that are all the hotness right now, for the simple reason that they are more or less in scale with every other miniature I own. Legion figures are just too large.

I’m not sure what I’ll use these figures for, but I’m sure I’ll find something…