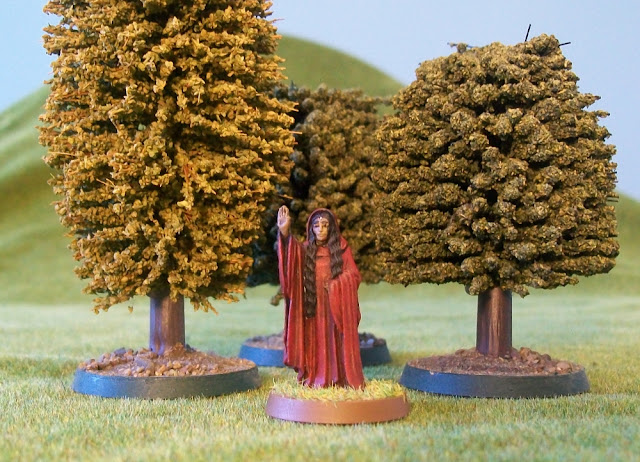 Several years ago, I started on a major miniature project called ‘The Voyage of the Glaurung’, which was kind of a retelling of the Jason and the Argonauts myth set in Middle-earth. I got several months into the project, painted up a ship, and the crew, created a big back story…  and then Frostgrave published, and my life, especially the hobby part of it, went a completely different direction.

I doubt I will ever get back to the Glaurung now. It has been too long, the impetus is gone, and I have my own fantasy worlds to play and tell stories in.

While going through some old figures the other day though, I found this miniature which I painted for the story, but which I never showed on the blog. She never got a name, but I knew she was a Princess of the Mahud. In the story, she was going to sort of play the part of Medea – the only ally the adventurers would have in the strange foreign lands, and a possible love interest for our hero.

I wanted to show it off now, partly for completeness sake, but also as a little example of what a difference a paint job can make. The figure is actually Galadriel, but with the red robes, the raven hair, and the dark skin, the original source is almost forgotten.

This figure is also a rare example of ethnic diversity in my painting, but that is a topic for another day.
Posted by joe5mc at 07:44