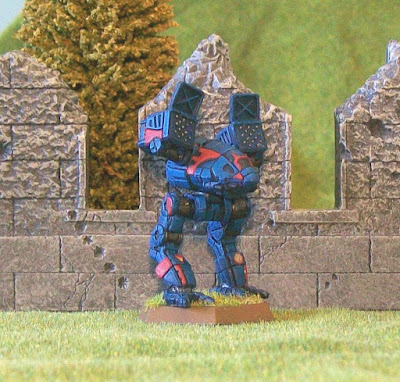 Here is my recently finished Catapult mech. It’s another of the plastic mechs from the new Battletech box set. The Catapult has never been my favourite mech design, but I must admit that this is my favourite version in miniature. I painted it with my – take my time, try to get it as nice as possible – paint style, and am happy with the results.

Thankfully, these new mechs with all of their separate armour plates really works well with my black-lining.

Not only is this mech painted in the colours of my Firehawks Legion, it is the first mech to sport the new legion logo. I got several sheets of these decals from Fighting Pirannha Graphics. Technically, the logo belongs to a mercenary group called the ‘Black Outlaws’, but it definitely looks like a Firehawk to me. I have also gone back and applied a couple to the Awesome mech I painted awhile back, but the photos I took had too much glare to make out the decal! 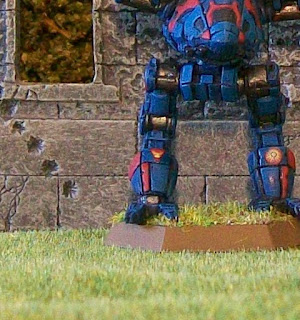 In fact, I went a little decal crazy on this figure, and even applied a few different ones to the tops of the missile launchers, which provides some nice visual interest when seem from above – which is actually pretty common on a tabletop.

I am now patiently awaiting the release of the new edition of Battletech: Alpha Strike which is supposedly coming sometime this year! 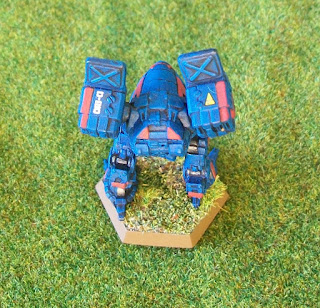