PATMOCON and the Sunken Ship! 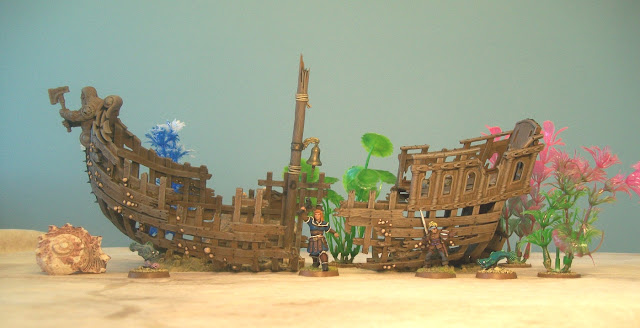 This past weekend, I was a guest at PATMOCON - the Paint All The Minis online convention. I honestly wasn't sure what to expect of it, but through a combination of Discord and Zoom (two systems I had not previously used), I had a really good time. I got the chance to connect with some of the fans of my games, share a little news, and answer some questions. I also got to watch and listen to a lot of other interesting people in the hobby talk about different things, including specific games and companies, manufacturing methods, and even a paint tutorial or two.

One of the great bonuses of an online convention, as opposed to a live one (other than not being able to contract a virus while attending) is that I could model and paint while listening to all of the talks and chats. In fact, just before I started the convention, I pulled out my Age of Sigmar Gloomtide Shipwreck that was still in the shrink wrap. Over the course of the weekend, I managed to fully assemble and paint it. 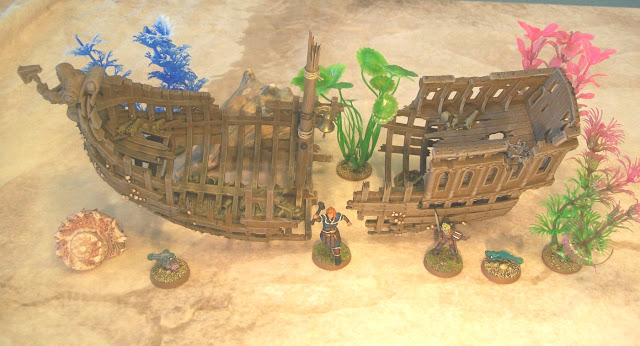 In truth, I didn't paint all of the details on the ship. For example, there are a couple of fish swimming along side of it. Since I want to be able to use it both on land and underwater, I just painted them like the wood of the ship. Also, there are lots of details on the base that I just painted as sand. It just didn't seem worth the effort to paint a huge amount of detail that would almost never be seen. All of that said, it really is a great kit. It went together so easily. It looks awesome. It dry-brushed up easily. It's got just enough barnacles that I didn't go crazy painting them, but still gives the model some depth and contrast. I love that it comes in two pieces so that you can use it as two separate pieces or as one larger piece.

I'm going to use it as the centrepiece for my first underwater scenario - I mean what is more classic than looting a shipwreck?

Anyway, both PATMOCON and the Gloomtide Shipwreck model are highly recommended! Also, how good does the ship look on that Cigar Box Battles desert mat?