The Quiet Launch of Oathmark 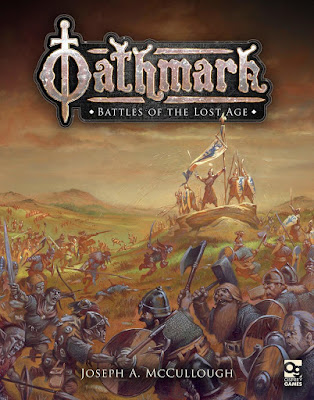 My fantasy battle game, Oathmark: Battles of the Lost Age is now available to order from North Star MilitaryFigures. They are packing them up and shipping them out as we speak.

It’s all so different than it was planned. I was supposed to travel to Ireland to shoot videos with Beast of War. I was supposed to go to Adepticon to talk it up. It was supposed to launch at Salute with glorious fanfare. The Salute launch was to be accompanied by all kinds of new figures, special deals, online sales, etc.

But… well, you know the ‘but’. Planes were grounded, travel cancelled, all of the shows postponed. The London ExCel, where Salute is held, is currently being converted into a massive hospital. That fact kind of puts my complaints and disappointments into perspective.

Still, life and games must go on, and our hobbies remain important outlets for relieving stress and finding fun and happiness, especially as so many of us are forced to stay inside most of the time.

If you are interested in Oathmark, and want it sooner rather than later, you are probably best off ordering it from North Star.

If you are just hearing about the game, there is lots of information, and even a few battle reports on the Osprey Games Blog.
Posted by joe5mc at 06:14