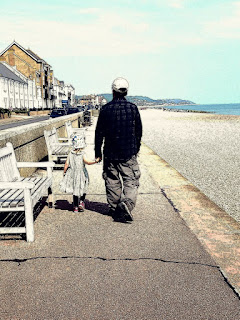 Hey me! You would not believe how much it costs to send a letter back to 1990! You are probably also wondering about the British stamps – I’ll get to that.

I wanted to write because I’ve got some good news and some bad news. I’ll start with the bad news first, because I know we always like to end on a good note!

You know that anxiety you feel a lot of the time? Well, unfortunately, that’s going to be a frequent companion for the next thirty years, at least. Oh, it’ll come and go. You’ll have periods where you barely notice it, and other times where it is the only thing you can think about. It’ll take different forms as you get older, find your weak points, and kick you when you are down. The irony, of course, is almost none of the things you are worried about will actually come to pass, and the few that do, you’ll get through. That knowledge doesn’t really help, of course. I know, the worry is rarely about what is actually likely to happen, it’s just all the imagined possibilities... 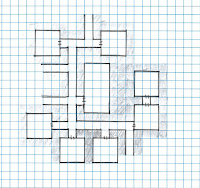 But that leads right into the good news. That imagination that often causes you so many problems is also one of your greatest strengths. See that dungeon map over there? That was part of the work you did yesterday. That’s right, work. You are going to create fantasy worlds, and with the help of numerous talented people, you are going to share them with like-minded geeks all over the planet. Thousands of people are going to want to play in your worlds. Some will even write and tell you how your games helped with their own anxieties.

But you know, that’s not even the best part. You are going to wander and explore. You are going to have wonder-filled adventures – many of them with a beautiful woman with an incredible accent! She’ll become your wife and your best friend.

Truthfully, your life will be filled with fantastic friends and family. Some will only be around for a short time, others will remain close wherever you roam. They will support you, and if you ever need them, they’ll come running when you call. Make sure you do the same for them.

I don’t want to spoil all of the surprises – and there will be many! I just really wanted to say – it’s going to be a bumpy ride, but gosh is it going to be worth it.

P.S. They will make a live-action film trilogy of The Lord of the Rings, and it is going to rock.