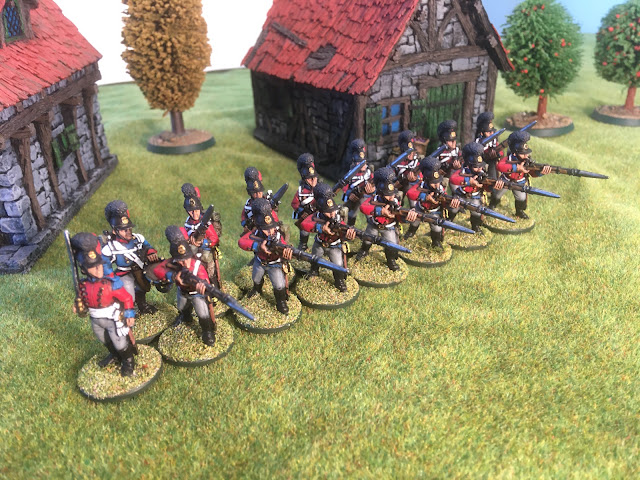 The Christmas period proved a great time for me to paint a bunch of miniatures all wearing the same uniform. It meant, after the first one, I could really switch off my brain and just apply colours to the right spot. And so I did, until I completed all 16 figures in the High Vault Guard, the first unit in my Not-poleonics army. Okay, a little thought had to be applied when painting the officer and the drummer, who wears reverse colours, but generally, it was painting by numbers.

I suppose most people would batch paint a unit like this, but I have never been one for batch painting. So, except for the flesh, which for some reason I did in batches, I painted each figure, one at a time, completing one before moving onto the next. It’s a less efficient way to paint, but I have always found it more enjoyable. 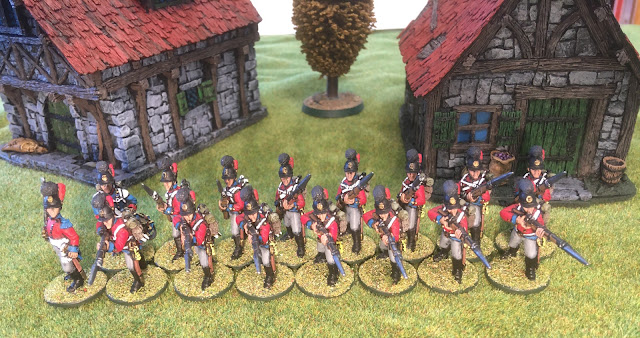 I have also been continuing my education in the period and have just finished reading the first volume of The Campaigns of Napoleon by David Chandler. It is easy to see why this book came so heartily recommended. He not only tells the history of the battles in an entertaining way, but also explains Napoleon's method of warfare, and what he was trying to accomplish on a tactical level. I’m looking forward to getting into Volume II.

I’m also looking at a couple of rule sets that I might use the figures for – namely Muskets & Tomahawks and Rebels and Patriots, but I haven’t gotten deep enough into either to say much at present.

Next up, I hope to get these guys some artillery support! 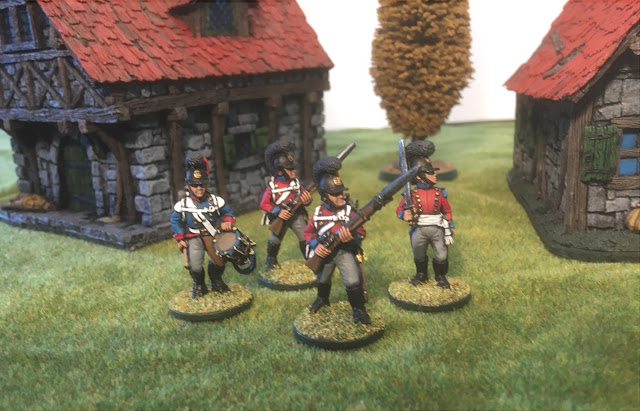