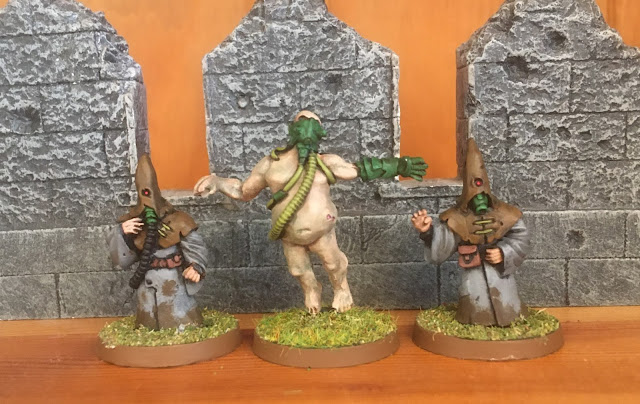 I am continuing my work on the Tox Troopers from Edinburgh Miniatures, and have just finished up these three. I believe the middle guy is ‘possessed’ of some sort of malignant spirit, while the two little guys with him are his ‘handlers’. I don’t know if that’s actually what the little guys are supposed to be, but that’s how I’ll be using them most of the time.

I don’t generally paint nude figures. I don’t often enjoy the process, and, I admit, I generally feel a little weird having them on a table. However, this guy is just strange enough that it doesn’t bother me too much, and I like how he’s got a couple bits of armour and some really heavy cables.

I also decided he’d be the one guy in the force that had no mud on him, since he floats above it all!