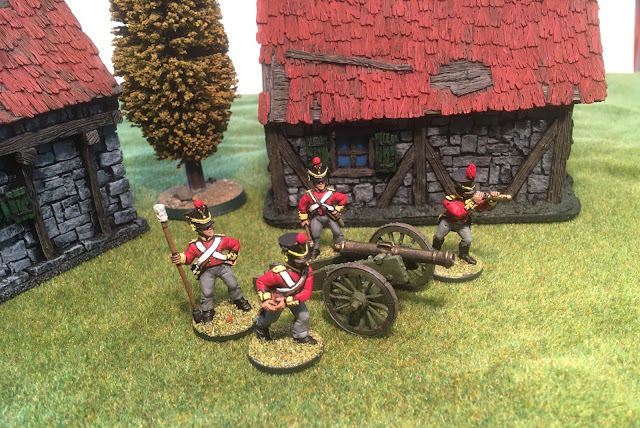 Introducing the 3rd Trans-Luthean Artillery. I figure 'The Luthean' is a sparsely populated, semi-arid region. Due to having lots of room, but not many people, it concentrates on training artillerymen as its contribution to the kingdom's defence.

The figures are Spanish artillery crew from Front Rank. The gun is also from Front Rank, though I forget which nation. I painted them in red jackets to match my infantry, but gave them yellow cuffs to set them apart.

Having painted A LOT of white belts and straps in the last month, I'm now going to take a break for a bit on the Napoleonics and paint some space-dudes! 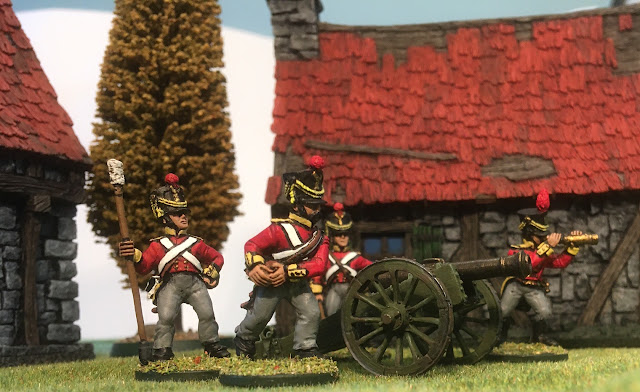