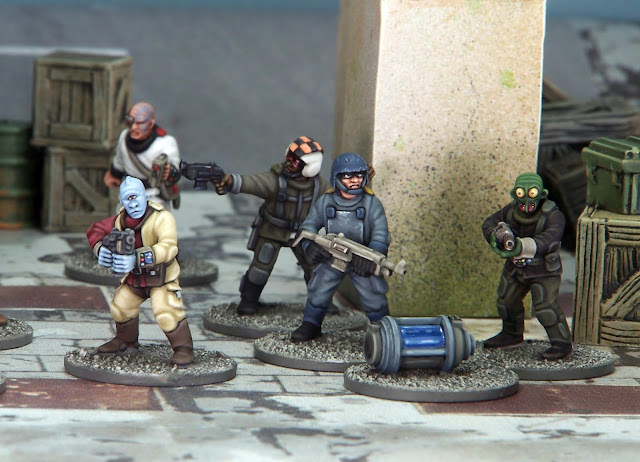 Osprey Games and North Star have released the first photograph of some of the plastic Stargrave figures that should be available in April along with the book!

I believe these guys were built from the 'Crew' box, which is just one of three boxes that are planned for the launch! The Mercenaries and Troopers boxes are also in the works.

As you can see, each box is going to have plenty of different options for both human and non-human figures, not to mention loads of different weapons and gear.

All of the figures have been sculpted by Bobby Jackson and the paint jobs here are by Kev Dallimore.

And what is that I notice about their feet?